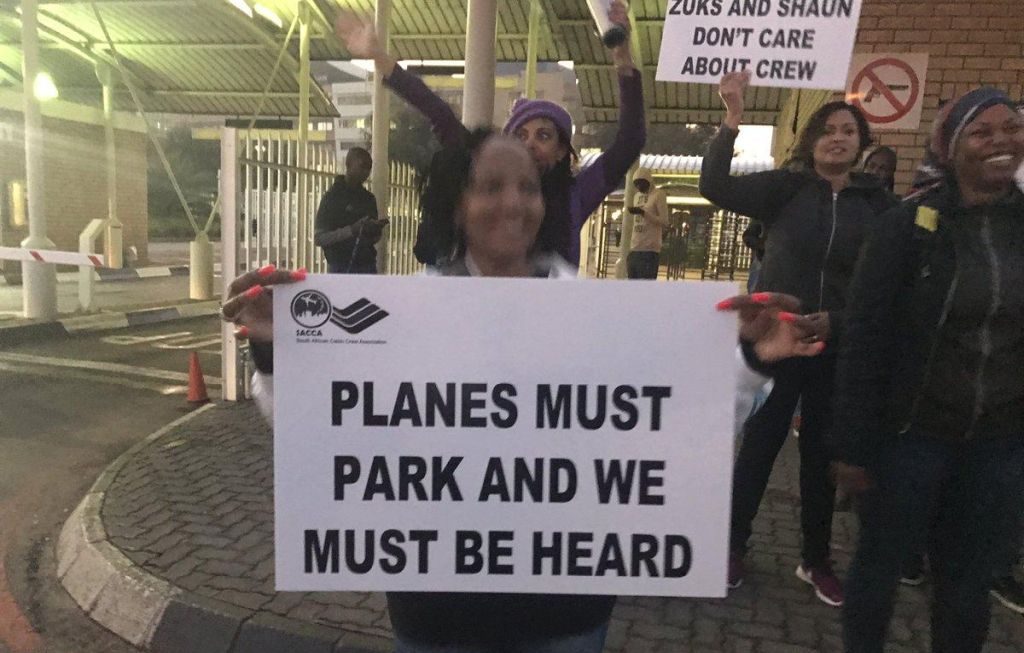 Striking SAA cabin crew demonstrate for an increase in their meal allowance on Wednesday, 26 April, 2017.

JOHANNESBURG – South African Airways (SAA) striking cabin crew on Wednesday gathered outside the airline’s headquarters in Kempton Park, where they are demanding more money for meals.

About 1,300 – about 85 percent of the total number – have downed tools to try and force SAA to increase their meal allowance, which they claim has not been reviewed for six years, from R130 to R170.

At the weekend the South African Cabin Crew Association (Sacca) Secretary General Mpho Moikangoa said the union would embark on a strike on Wednesday over meal allowances which had remained stagnant for the past six years.

SAA management could not be immediately reached for comment and it remained unclear how the strike would affect the airline services.

Striking cabin crew posted pictures and video clips of their protest on twitter.