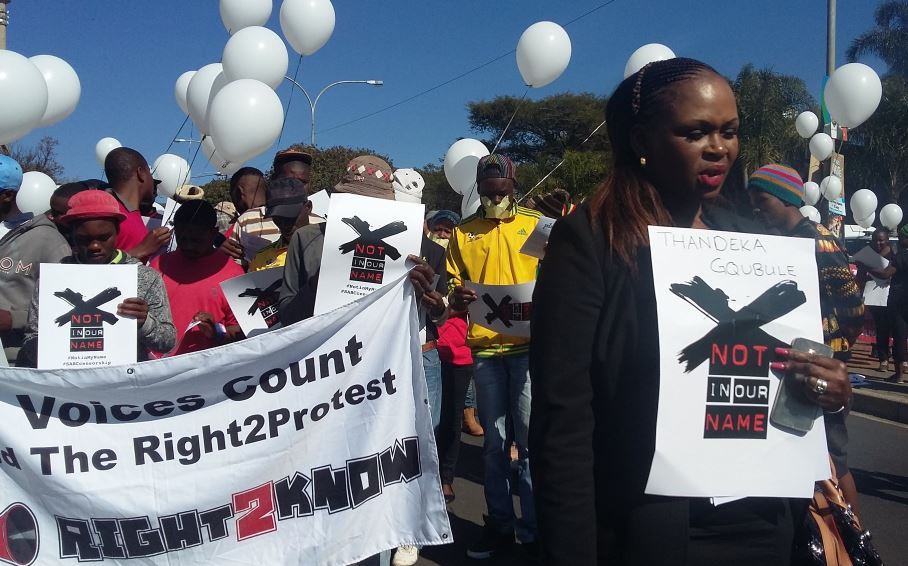 JOHANNESBURG - As demonstrators gathered outside, some SABC staff members were allegedly locked in the building at its headquarters in Johannesburg.

Three senior staff members were suspended last week for questioning a directive not to cover a protest.

Another group of three was this week served with a notice of suspension after raising concerns with the broadcaster’s COO Hlaudi Motsoeneng over the public broadcaster&39;s editorial policy.

Earlier this week, acting group CEO Jimi Matthews resigned, saying the corrosive atmosphere in the organisation had affected his judgment.

March to concourt underway. White balloons will be released to symbolise the freeing of SABC voices enca pic.twitter.com/yZ3RJUU79M