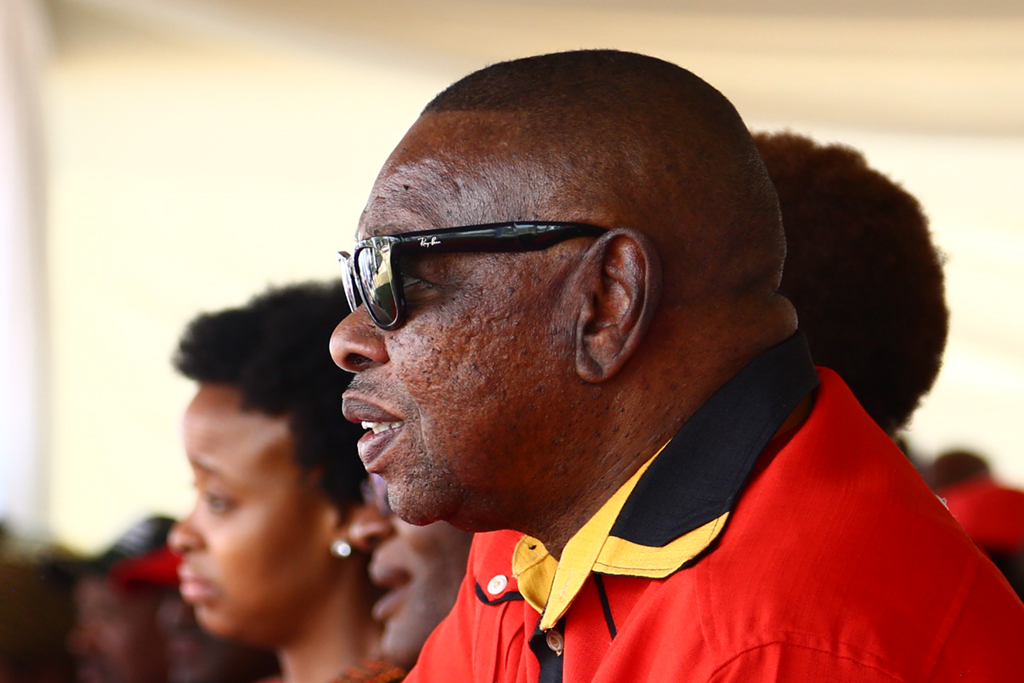 05 May 2016 - Blade Nzimande, the the General Secretary of the South African Communist Party (SACP).

JOHANNESBURG – The SACP says using President Jacob Zuma as the face of the ANC&39;s election campaign was a mistake and has warned unless corrective action is taken to clean up its image, the decline in support "will continue and likely accelerate".

The alliance partner&39;s central committee met in Ekurhuleni over the weekend to evaluate the performance of the ANC and its alliance partners in the municipal elections.

"The opposition parties had very little to say about local policy content, focusing instead on our national leadership shortcomings – whether real or alleged."

The party also condemned took aim at the imminent threat of "parasitic hollowing out of state capacity".

SACP Nzimande says that Unless serious action is taken, the decline the ANC&39;s electoral fortunes will continue to decline.

In a statement, the party&39;s leaders bemoaned the decrease in support for the governing party, saying: "While there has been a steady decline over several elections in the ANC’s percentage support, the 3 August results represent a precipitous decline in both urban and rural areas… Unless serious corrective actions are undertaken, the decline will continue and likely accelerate".

SACP Nzimande: A growing group of South Africans are tired of being taken for granted. They believe the ANC leaders are disconnected&aloof

"A significant factor in our declining electoral support has been a major stay-away in much of our core social base, which is reflected in our winning the overwhelming majority of working class township wards but with a low turnout, and consequently losing significant ground in terms of proportional representation," the statement read.

"The low general turn-out in our core social bases, the small but not insignificant toe-hold secured by opposition parties like the DA in these bases, and even the scepticism expressed by many who nonetheless voted for the ANC – these are all sending a powerful message to the ANC and its alliance partners.

"Growing numbers of South Africans are tired of being taken for granted. They believe that ANC formal structures are increasingly inward looking, pre-occupied with factional battles and money politics. They believe that the conduct of ANC politicians is often arrogant and aloof. There are tens of thousands of loyal ANC supporters and many veterans who are excluded from branch structures by gatekeepers and fraudulent abuse of membership data. The imposition of unpopular ANC candidates, in defiance of the ANC’s own guidelines, was another major weakness.

"All South Africans are deeply concerned about corruption. Many correctly appreciate major service delivery advances over the past two decades. However, they increasingly tell us that it is not material issues alone, but a prevailing view that our liberation movement has lost its moral compass."

The committee stated that corrupt individuals in the governing party appear to "enjoy cover" and called for the ANC to follow the recommendations of its own integrity committee.

They urged the ANC to convene a non-elective, national consultative conference before the ANC&39;s National Conference to unify the ANC.

The committee disagreed with the call from the ANC Youth League for an early national elective conference, suggesting that the ANCYL is being used by others to "test the waters".

The committee said: "The motivation for this call is entirely factional. If followed through, it will result in deepening disunity within the ANC and across its alliance. The winners will inherit a shell organisation. Those making this call are not even bothering to disguise their factional intentions."

SACP Nzimande: This Gordhan thing looks very manipulative.If we don&39;t stop the abuse of state institutions we will be on a slippery slope

The committee reaffirmed the party&39;s condemnation of the ongoing harassment by the Hawks of Finance Minister Pravin Gordhan.

While they noted that no one should be above the law, the committee described the charges against Gordhan as "a flimsy concoction without the slightest basis in law".

The party leadership stated that the charges are, "designed as a pretext to remove Comrade Gordhan from office and weaken Treasury’s struggle against corruption and corporate capture".

SACP Nzimande: The putative charges against Gordhan are a flimsy concoction without the slightest basis in law-It&39;s politically motivated

"Clearly, the South African Revenue Services, like any reputable revenue service in the world, needs a financial intelligence capacity. Yes, that capacity needs to be regulated by law to prevent abuse. But the real question in this matter is what did the so-called &39;rogue unit&39; in Sars uncovered that has made some forces so desperate as to dismantle effective capacity in Sars – even risking South Africa’s economic well-being in the process."

The party leadership also addressed the recent announcement that the Gupta family would be withdrawing from their South African business dealings saying: "The SACP has taken note of Friday’s announcement that the Gupta family intends to sell off all of its assets in South Africa by the end of the year to certain unspecified international interests. Ostensibly this is for the benefit of South Africa and to save local jobs. Frankly, we treat this announcement with a great deal of scepticism. It comes at a time when Gupta companies are reportedly under increasing scrutiny from the Reserve Bank, Treasury and the Financial Intelligence Centre. The announcement that the sale will be completed before the end of the year happens to coincide precisely with the 2017 date for the multi-lateral, international Automatic Exchange of Information agreement coming into operation."

"Given the over-valued and under-traded nature of Gupta-linked JSE interests we doubt that there will be much appetite for purchasing them. There is a strong possibility that the Guptas simply intend to sell their South African interests to themselves through their foreign-based investment venture capital operations. We call on the Financial Intelligence Centre to satisfy itself that if any sales are effected, the Gupta family or close relatives are not the beneficial owners of the sale. We trust that the Reserve Bank, before approving any sale from a resident to a non-resident, will ensure that there is full legal compliance with capital export requirements. We also believe that our financial regulatory entities should ensure that money is retained in South Africa in a blocked account so that any potential penalties and liabilities are covered should further information emerge in regard to the wrecking-ball activities of the Guptas and their associates."

SACP Nzimande: If ANC leadership proves incapable of leading a democratic struggle, it doesn&39;t mean a struggle doesn&39;t need to be waged.