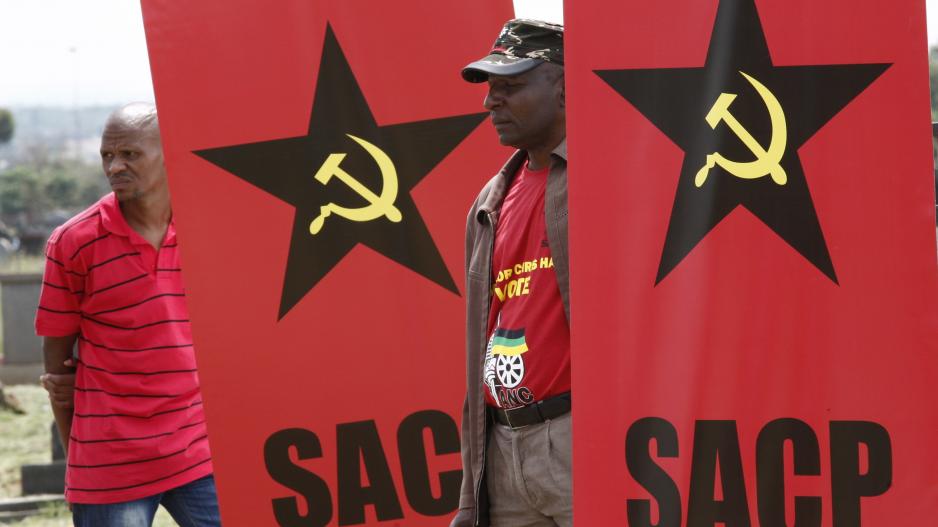 File: The ANC downplayed any divisions that exist between it and the SA Communist Party.

This brings to ten the number of current and former district leaders facing disciplinary action over the violent protests.

Five people died in the violence triggered by the ANC’s confirmation of Thoko Didiza as its mayoral candidate.

The Reds were hitting the campaign trail making amends perhaps for a costly disruption to city life for which some of their own members were allegedly responsible.

Now the SACP is laying down the law. Slapping five more members, who are also former local leaders, with disciplinary charges.

“We expect our members to accept decisions that were made at a higher level. If they&39;re not happy with them, they have internal platforms against which to raise them. So we can&39;t accept that any of our leaders fail on the question of tribalism, of patriarchy, of factionalism, of corrupt conduct that creates confusion among our people,” said Jacob Mamabolo SACP Gauteng Secretary.

With calm restored for now, the party believes it’s time to focus on delivering a two-thirds victory for the ANC.

The DA was campaigning a few meters away from where the SACP was mobilising.  The opposition&39;s presence served as a reminder for the SACP and its alliance partner of what’s at stake in Tshwane,

The opposition&39;s mayoral candidate was throwing down the gauntlet for the ruling party, on the issue of corruption.

“We are challenging them, if you can find corruption in any of the DA run municipalities, be the first to raise it, we will be the first to lay criminal charges against whoever is found to be wanting. But we&39;re also saying we&39;re not running a perfect government, but in all our mistakes we have come out clean to say this is where the mistake is, and we&39;ve gone a long way to addressing them,” said DA Tshwane Mayoral Candidate, Solly Msimanga.

This week’s Ipsos/eNCA poll has the DA extending its lead in Tshwane to 42 percent against the ANC’s 23 percent, a finding the DA candidate says has only spurred him on to campaign even more vigorously in all 105 wards.

While the SACP has rejected the poll as misleading and called it politically-biased propaganda.