SACP lashes out at Zuma over 'fake' report - read it here 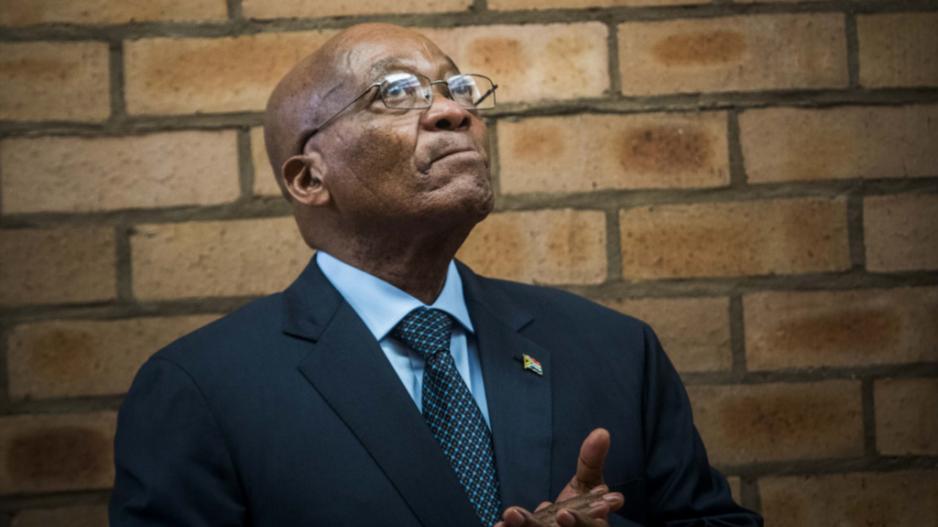 File: President Jacob Zuma during the official launch of the Invest South Africa One Stop Shop (InvestSA OSS) at the DTI campus on March 17, 2017 in Pretoria.

JOHANNESBURG – The South African Communist Party (SACP) is accusing the president of using his constitutional power to appoint ministers in a manner motivated by narrow, factional, and personal interests.

The party confirms that President Jacob Zuma told its leaders on Monday of his intention to drop Finance Minister, Pravin Gordhan, and his deputy, Mcebisi Jonas, from his cabinet.

The party says Zuma based this decision on a questionable, purported intelligence report (*see below) that accuses Gordhan and Jonas of attempting to conspire with foreign forces against the president.

Mapaila said his party decided to divulge confidential discussions held with Zuma and other top leaders because of “selective and factional leaking of discussions” to the media.

“The SACP wishes to state that the president informed us of his intention to effect Cabinet reshuffle to replace both minister and deputy minister of finance. We objected to the reshuffle,” Mapaila told reporters in Johannesburg.

“The President cannot use outside intelligence information for any action he wishes to exercise … We have state organs that occupy themselves with irrelevant things. Where were these security state organs when 20 schools burned down in Vuyani? It is these rogue elements we want to remove.”

Mapaila; 'We can't say the President is a counter-revolutionary. But the intelligence report given to us, we're not happy with it' #SACP

Zuma on Monday recalled Gordhan and his team from an investor road show trip overseas. This, said Mapaila, was not in accordance with “doing what is good for the country”.

Cancelling an investor trip “on a whim” cannot be good for the country, added Mapaila.

Mapaila; 'How can you believe a trip like that can be working against the country? We can't be treated like children' #SACP

“The country lost between R80 and R90 billion when [former finance minister Nhlanhla] Nene was recalled. Workers’ pension funds were heavily affected because they are invested all over the world…people must be held accountable if they take decisions of that nature,” said Mapaila.

“Treasury is extremely sensitive and must be handled with care, we must not allow the parasites and vultures to encircle it and loot it completely. That department is not isolated from government, its policies are that of government…it cannot be made a scapegoat when it suits certain individuals.”

Molefe resigned as CEO from the power giant after he was cited in the Public Protector's report on state capture. He's accused of favouring Gupta-owned companies in the awarding of coal tenders.

Mapaila;'We don't think necessarily that the President is a Gupta minion, but we're worried about influence of Guptas on the movement' #SACP

He said Gordhan was running a clean department in accordance with government policies, and his removal had nothing to do with his performance but with a “shoddy” intelligence report.

“Gordhan has fought for his country, him and Mcebisi would never sell this country…we do not think that they should be harassed and removed from office…they should be supported”.

Mapaila; 'These comrades (#PravinGordhan and Jonas) have served with absolute distinction. They deserve our support' #SACP

With allegations of rogue intelligence units targeting political players, the SACP warns the country could become a mafia state if this is allowed to continue -- a situation that harks back to the days of the so-called 'special browse mole report' - a 2007 fake intelligence report that fanned divisions in the ANC, and its alliance.

"I was shot and left for dead for that report. Now it's back and on steroids," Mapaila said.

Mapaila added that the SACP wrote to the director general of intelligence and Minister Mahlobo complaining about the tapping of SACP leaders’ phones and death threats, but no action has been forthcoming.

So serious were the death threats that the SACP treasurer was almost assassinated and had to withdraw from Parliament as an MP, he said.

The SACP wants Zuma's constitutional imperative to hire and fire ministers, to be kept in check.

It’s calling on the president to be more presidential, and rise above the factions. -- Additional reporting: eNCA.