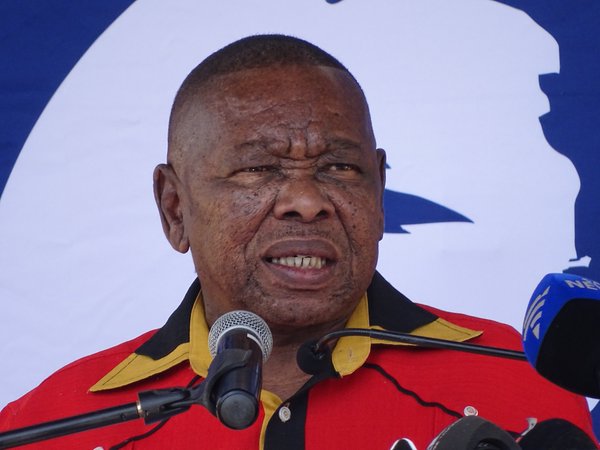 JOHANNESBURG – The SACP says the factional politics within its tripartite alliance partner, the ANC, have become so rife and dangerous that they have affected governance.

The party held a media briefing on Sunday in Johannesburg following a central committee meeting.

Nzimande's comments come in the wake of the swearing in of former Eskom CEO, Brian Molefe was as a Member of Parliament on Thursday, amid speculation that the appointment was Molefe's ticket to the cabinet and the Treasury.

Molefe's appointment to the National Assembly was also met with confusion from ANC branches. Before he was sworn in, the party's North West ward 29 branch had to produce proof that Molefe was indeed a member after several provincial structures claimed he did not belong to them.

"The ANC can't simply wake up and decide on its own, and expect us to close ranks and agree as if we were consulted," Nzimande said in response to Molefe's new post.

Nzimande; (On #BrianMolefe) 'ANC has right to deploy whoever it wants. But in this case, we'd have advised differently' #SACP

"We should however not be so caught on speculation and palace politics that we lose focus on the core issues," he told journalists at the briefing.

"Factions in the ANC are now so rife and dangerous they impact on governance."

Nzimande also pointed out the tensions that have recently surfaced between SARS commissioner Tom Moyane and Finance Minister Pravin Gordhan.

Nzimande; 'Issue of SARS & treasury is not good. It doesn't excite us as #SACP just like police leadership issues. It's to do with factions'

When asked about a possible cabinet reshuffle, Nzimande said he would only comment on it "if and when it happens".