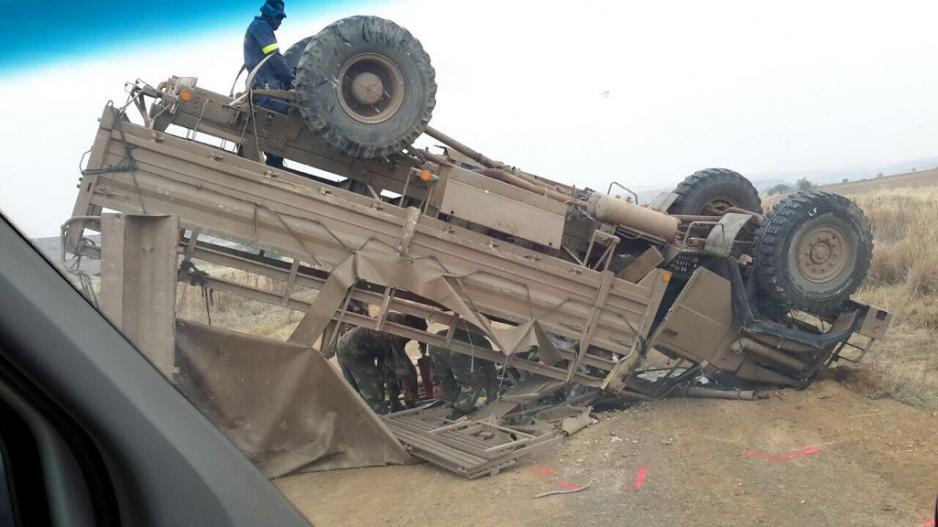 A military truck overturned near Bethlehem, Free State, on 14 September 2016.

The accident happened 22 Kilometres from Bethlehem in the Free State.

It is alleged that the driver lost control of the SAMIL 50, Personnel Carrier truck before it overturned.

The SANDF said the six members who were critically injured, were airlifted to the 3 Military and Pelonomi hospitals.

Of the 40 members who suffered minor injuries, 11 members were treated at various hospitals in Bethlehem and have since been discharged.

The cause of the accident will form part of a formal investigation.

Last month, 11 members of the SANDF died when their bus overturned at the Golden Gate Reserve on the R712 road in the Free State.