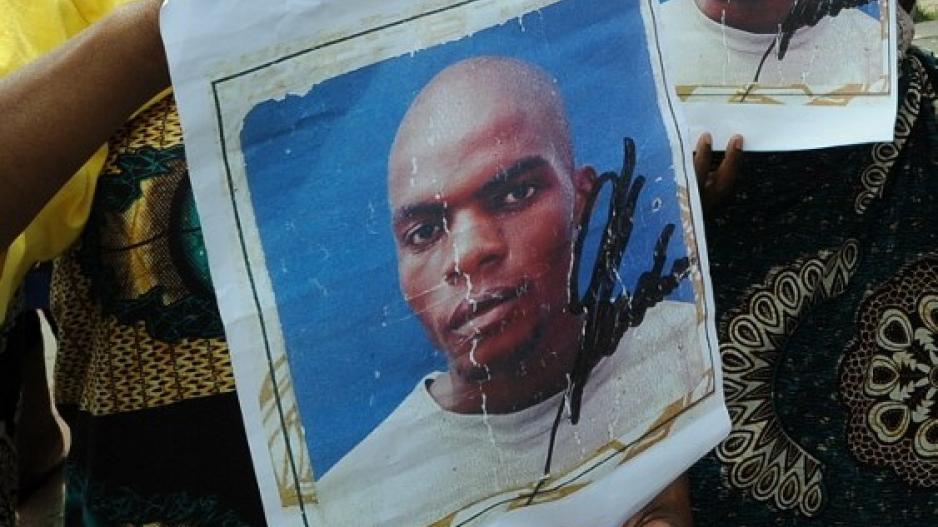 File: Mido Macia died in police custody in February 2013, after he was handcuffed to a police car and dragged through the streets of Daveyton, east of Johannesburg.

JOHANNESBURG - The State is expected to call a new witness to testify in the trial of the nine men accused of killing Mido Macia.

But in papers filed in a civil claim earlier this year, police have denied the SAPS officers were responsible for the Mozambican taxi driver&39;s death in police custody in February 2013.

Despite this, SAPS dismissed eight of the nine cops who are currently on trial for murder.

In December last year, Macia&39;s family filed a civil claim for R6.5 million in damages, against the police minister for his death in custody.

But in court papers submitted in April of this year, the police have denied the entire incident.

They say: ‘The allegations contained herein are denied and the plaintiff is put to the proof thereof.’

Simply put, it&39;s up to the family&39;s lawyer to provide proof of the entire incident, including the alleged assault and that their actions led to Macia&39;s death.

At least one legal expert believes police should settle out of court.

Legal expert Cliff Alexander says: "The best way is to sit down around a negotiating table and resolve this matter. I think its in the best interest of justice and the public you know. The police can’t be seen to be denying every single aspect that has transpired."

Alexander says it would be cheaper for lawyers on both sides to thrash out a settlement, than to spend taxpayers&39; money on a lengthy civil lawsuit.

Lawyers representing the Macia family in the claim have declined to comment.

Macia was dragged through the streets of Daveyton while handcuffed to a police van, and later died in police holding cells.