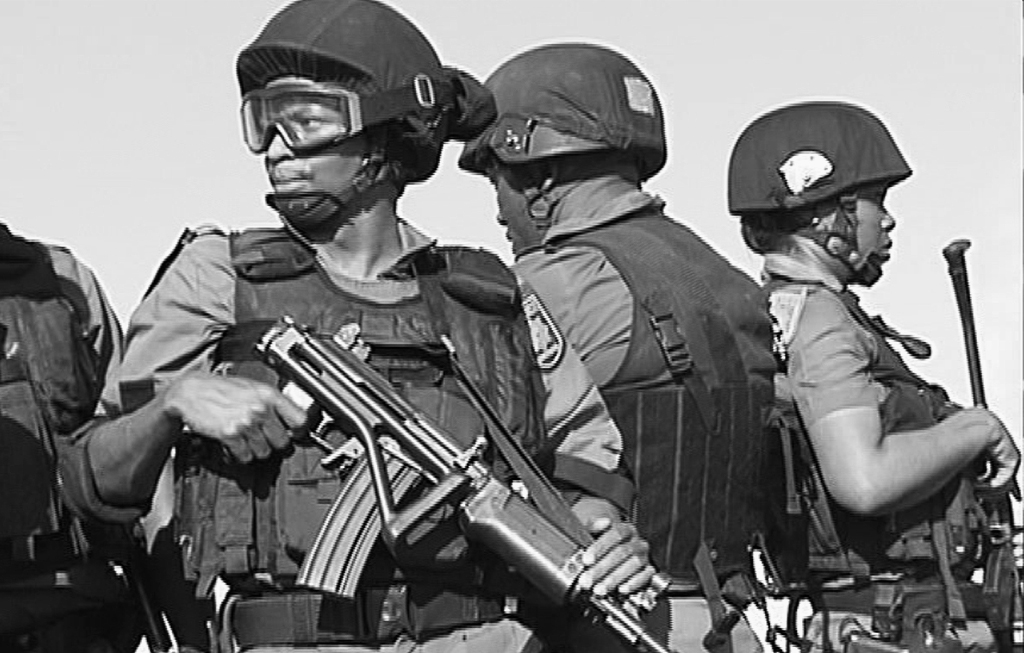 Johannesburg, 28 November 2016 - eNCA has been told there are instances of officers shooting through the dashboards or roofs of their vans due to poor firearm handling. While all graduates of police colleges are expected to be firearm competent, the real

JOHANNESBURG - Unreported instances of police officers mishandling firearms and shooting through dashboards and roofs of their vans have prompted questions about firearm competency in the police service.

While all graduates of police colleges are expected to be firearm competent, the reality on the ground appears to be different.

The claim of a member of the South African Police Service (Saps), who spoke on condition of anonymity, is that most members keep weapons despite failing on the shooting range.

Every Saps member must complete firearms courses for a 9mm handgun, the R5 rifle and a shotgun.

They are then certified as weapons competent; an annual maintenance course must also be done for officers to remain certified.

A former training instructor, a veteran of 25 years, stated that instructors were pressured to pass police officers within a specific time-frame.

He estimated that between 50-60% of officers fail; continuing,“when they work outside then those members must have competency certificates with them on their body while they are working. They don’t do that.”

A current member of the Saps says the accidental discharge of firearms is common.

"The firearm is only there in an emergency where there is threatened life where there is protection that needs to be executed by police officers and those instances are not happening a lot.

"We don’t see that there will be a situation that somebody will have to be passed by all those different individuals and be allowed to carry a firearm whereas they’re not competent. I don’t think there is any truth in that.”

Watch Michael Appel's full report in the gallery above.