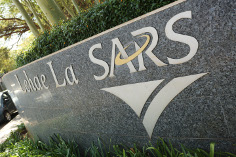 JOHANNESBURG - South African Revenue Service (SARS) deputy commissioner Ivan Pillay was not at work on Monday‚ having taken paid leave until the question of his suspension has been resolved.

Mr Pillay is not currently under suspension as the Labour Court last week overturned the suspension order issued against him and ordered his immediate reinstatement. On Friday he was issued with a letter giving him notice of SARS’s intention to suspend him and giving him until January 12 to show cause why this should not happen. Mr Pillay has not been placed under precautionary suspension until January 12 but has taken leave.

Mr Pillay is expected to present the same arguments against his suspension that he submitted to the Labour Court. He argued that it was not his decision to establish the controversial covert investigative unit which was set up by then commissioner Pravin Gordhan with the approval of then finance minister Trevor Manuel in order to combat illicit trading. Mr Pillay will argue that he therefore has no case to answer for.

Mr Pillay also argued before the court that the investigative unit was necessary for SARS to conduct its work and that he himself had established the independent panel‚ chaired by Advocate Muzi Sikhakhane‚ to determine whether it was acting within the law or not.

According to SARS’s notice of intention to suspend Mr Pillay‚ he was instrumental in setting up a covert intelligence unit within SARS despite knowing that it was unconstitutional. He reportedly brought SARS into disrepute by “authorising‚ or failing to prevent‚ rogue behaviour by those employed to conduct unlawful operations”.

But legal experts point out that for this charge to stick‚ SARS would have to prove a direct link between Mr Pillay and the illegal acts.

The Sunday Times reported on Sunday that SARS’s notice of intention to suspend also claims that Mr Pillay fraudulently contrived his early retirement for financial gain and had incurred wasteful and fruitless expenditure.

On December 5‚ SARS commissioner Tom Moyane announced the suspension of Mr Pillay and strategic planning and risk group executive Peter Richer. On Wednesday‚ Mr Pillay and Mr Richer approached the Labour Court to have their suspensions overturned. Mr Richer reached a settlement with SARS and his suspension was withdrawn.

On Thursday‚ Judge Annelie Basson ruled that Mr Pillay’s suspension be lifted. “The suspension of the applicant is unlawful on the basis that constitutes a breach of his contract of employment‚” she said.