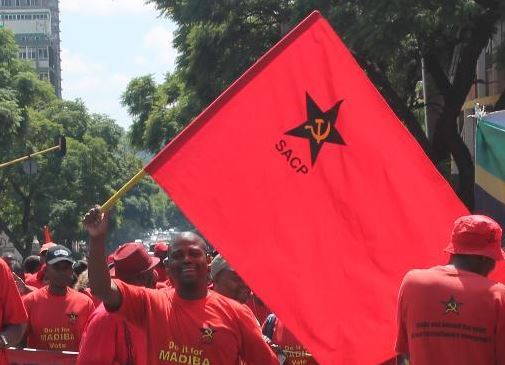 The SACP will be picketing outside eNCA's Johannesburg offices on Friday morning.

JOHANNESBURG – Alliance partners the ANC and the SA Communist Party (SACP) are pitted against each other for the first time in elections in Metsimaholo in the Free State on Wednesday.

In a desperate attempt to prevent the SACP from contesting the poll on its own, President Zuma flew into the area last week.

In a drastic shift, the communists resolved at their July national elective conference to contest elections outside the tripartite alliance fold.

When the Metsimaholo municipality was dissolved, the communists saw an opportunity to do just that.

One of the SACP&39;s candidates, Lebohang Semonyo, says alliance relations are at an all-time low.

“The relationship between the ANC and the SACP members has not been very good, especially from the side of the ANC. They have been trying to disturb our programmes: where we go they would come up with these loudspeakers and then insult some of the leaders of this particular organisation."

Another SACP candidate says the community, trade unions and other organisations asked the communists to take part in the by-elections

"The party entered these elections to win and our intention is to win these elections and have total control of this municipality. So right now we are not thinking of any coalitions at this stage. I am not sure if the leadership will consider any of that but at this moment we are contesting to win," said Nkha Choma, the SACP candidate for ward 7.

In an attempt to prevent violence between the partners, President Jacob Zuma flew into the area last week to address an alliance meeting.

Behind closed doors, he admitted to his party&39;s failures.

" Comrades, it&39;s too late for us to intervene, we have failed, we accept the blame. We should have intervened earlier; it&39;s too late. Okay contest, but comradely, because whoever wins here you don&39;t know our discussions on the other side but we must have that discussion ... on the power ... situation."

The alliance partner-turned-rival has had to work with minimal resources. Its operations centre is in a member&39;s garage.

In contrast,  the ANC used several mini-bus taxis to transport the elderly to cast their special votes.

Wednesday&39;s election could provide a pointer to what the future holds in store for the ANC and its alliance partners.