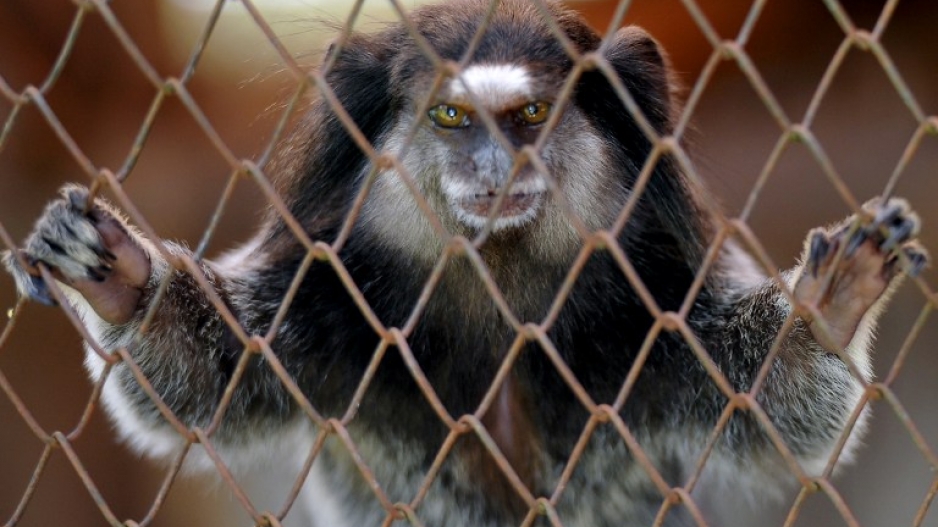 JOHANNESBURG – They&39;re small and fluffy, with big eyes and a bushy tail: you couldn’t ask for a cuter pet. But it’s their adorable appearance that is their ultimate downfall.

Thousands of small primates are exported from South Africa in tiny cages for the exotic pet trade every year.

The common and black-tufted marmosets, and the golden-handed tamarin make up the top three most popular live mammal exports from South Africa.

According the trade database of the Convention on International Trade in Endangered Species of Wild Fauna and Flora, these primates are highly sought after in the exotic pet trade markets of Thailand, the United States, Bangladesh and Malaysia.

The database shows that the most common purpose for export is commercial.

These figures are in the spotlight this week as more than 2,500 delegates attend the 17th Conference of Parties on the Convention on International Trade in Endangered Species of Wild Fauna and Flora (Cites COP17) in Sandton, Johannesburg.

There’s nothing illegal about the trade in these small primates, but there are major ethical concerns.

This is where the problems start, says senior inspector Isabel Wentzel, manager of the wildlife protection unit at the NSPCA, who explains that small primates exported from South Africa sometimes live a short and tragic life.

A Google search reveals a number of adverts from breeders in South Africa offering common marmoset babies for R5,000 each. There also several adverts for monkey cages and nappies.

The mammals are removed from their mothers at a very young age.

“A lot of time breeders actually remove them very young, to hand-rear them to make mothers recycle (sic) again,” she said.

“If you don’t look after them definitely they die. They are quite high-intensive animals; they need proper care so there are lots of them that would die” with new owners, said Wentzel.

Too old to be a pet

There’s a lot of impulse-buying and people buy them because they are cute, said Wentzel, but once they become adults they’re no longer suitable as pets.

“The problem is of course with your smaller primates, they get to a certain age where they are not suitable as pets, because they start biting people, when they get to their sexual mature age they want to be a monkey, they don’t want to be somebody’s pet,” she said.

Even global pop star Justin Bieber had a pet monkey that was given to him as a gift on his 19th birthday.

In 2013 Bieber’s capuchin monkey “Mally” was confiscated in Germany by customs officials because the star wasn’t travelling with the correct papers for the animal.

The Daily Telegraph reported that Bieber’s management told them to give the monkey way.

The monkey was reportedly taken from its mother after nine weeks instead of the usual period of one year.

“This continues breeding of captive animals for the pet trade, it’s just ongoing. They (breeders) remove them, hand-rear them, when they start breeding them again, they do the same thing. It&39;s just fuelling the trade and there’s a lot of abuse that takes place,” said Wentzel.

Minister of Environmental Affairs Edna Molewa said on Saturday that South Africa currently has no proposals in place to review trade controls in live mammals but would consider looking into it if there was abuse taking place.

Wentzel says part of the reason it’s so easy for trade in exotic pets to take place in South Africa is because in some provinces breeders do not require permits.

“So they need to bring in legislation that covers these common exotic pets. It’s the same with the exotic snakes and reptiles.

“There’s a lot of them that people can keep and buy and sell without permits.

“There’s a lot of internal trade with these things inside Africa where its out of hand and nobody actually knows the extent of it,” said Wentzel.

The Cites COP17 takes place until October 5 at the Sandton Convention Centre in Johannesburg.