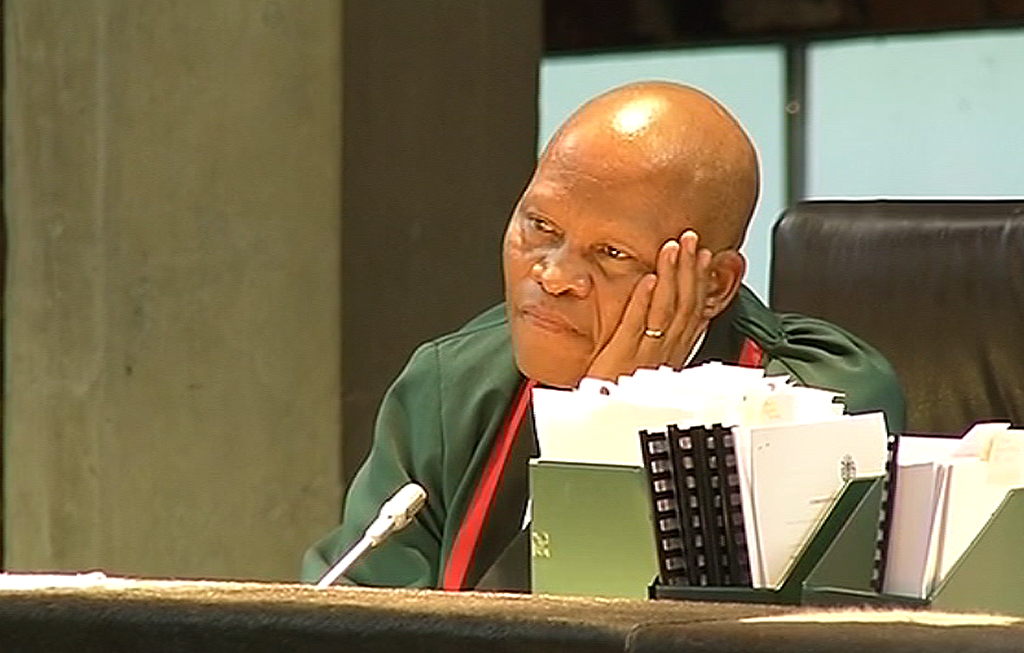 JOHANNESBURG - Constitutional Court judges were scathing on Wednesday of the failure by Minister Bathabile Dlamini to ensure that the South African State Security Agency would be ready by April to take over payment of social grants.

A full bench of the court heard arguments from counsel for the minister and Sassa that it should allow Cash Paymaster Services to continue to pay grants for a year to 18 months when a competitive bid process could be held to pass the task on to another company.

Chief Justice Mogoeng Mogoeng interrupted Advocate Andrew Breitenbach to suggest this proposal risked a repetition in the near future of the same grant payment crisis the country faced at the moment.

Dlamini has maintained that only CPS had the skill to pay beneficiaries and that government must allow a new deal with the Net1 subsidiary.

Mogoeng asked why it could not be countenanced that Sassa prepare to take over payment itself, in line with its constitutional mandate. It had deep knowledge of the requirements, and was conceivably better placed to prepare to meet them than another company.

“Why should that not be pursued as opposed to a tender with the risk that we end up just where we are?

“If it is not an impossibility to require from Sassa to do what is its core business — assuming there is the willpower to do the right thing — why can’t we just rely on Sassa, order Sassa to do what it exists to do?”

Breitenbach indicated that its instructions did not extend to alternative time frames or options.

Mogoeng, with barely concealed impatience, insisted: “I have some reason to believe that Sassa, if it really wanted to and if it is permitted to, can carry out this mandate by itself.”

Breitenbach submitted that Sassa was unable to take over grant payments to 17 million beneficiaries from April after its contract with CPS expires at the end of the month, because its plans to do so had been “overly ambitious”.

Justice Mbuyiseli Madlanga asked when this emerged and why Dlamini had not spent proverbial sleepless nights ensuring that this situation did not arise after the Constitutional Court in late 2013 found the deal with CPS invalid because of tender irregularities.

The court suspended its ruling until 31 March this year, so as not to compromise welfare beneficiaries.

“From the date of declaration of invalidity one would have expected that the minister would have had her hand on the pulse. What cogent explanation is there for her not having done so,” he asked.

Breitenbach conceded that he could not enlighten the court, adding that the minister had accepted that she had been remiss.

Madlanga commented that it seemed as though she had sat by idly waiting to be informed.

“She cannot just say ‘I am remiss’, it is what she is a minister for – to ensure that beneficiaries receive their benefits.

“It is embarrassing enough to have a judgement to say something happened in your department… to not have sleepless nights to make sure it does not happen again, is something none of us can understand.”

Judge Jess Nkabinde asked if there was a reason the court should not issue a declaratory order that an organ of state had failed to do its work, because that was why all parties were in court on Wednesday.

The court was hearing an application by the Black Sash Trust for the court to resume its supervision over grant payments. The court discharged itself from this role in 2015, after Sassa reported that it was well on its way to take over grant payment this year.

Dlamini and Sassa have suggested to the court that this role rather be given to the Public Protector.

Mogoeng expressed scepticism, telling their lawyer he failed to see how a “thinly resourced” Chapter 9 institution could carry this burden.

Argument continued, with counsel for CPS arguing that the company should be allowed to negotiate a new contract, at a price increase, with Sassa.