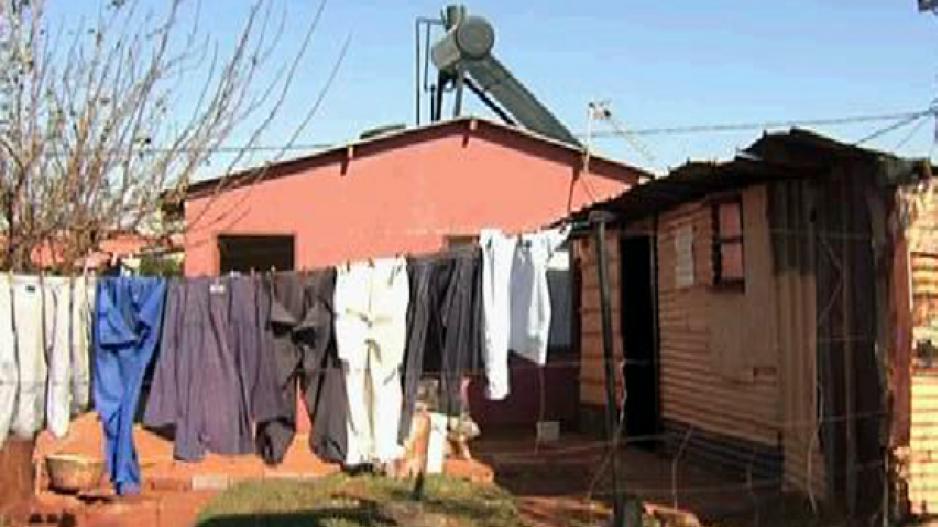 Neighbours discovered the body of a woman near the washing line. A bloody trail led to the back garden where an old woman and her five-year-old grandchild were found in a pool of blood.

BENONI - Police have turned to an occult crime specialist to help them crack the case of a teenager accused of hacking four members of his family to death.

It&39;s alleged the boy used an axe to murder his mother, grandmother and two younger siblings on Thursday night in Etwatwa, east of Johannesburg.

Although members of the community claim the family was sacrificed as part of a dark ritual, police are unwilling to link the murders to Satanic practices.

Almost an entire family has been butchered with an axe, allegedly at the hands of a 14-year-old teenager.

Neighbours discovered the body of a woman near the washing line. A bloody trail led to the back garden where an old woman and her five-year-old grandchild were found in a pool of blood.

The teenager was found in a nearby field with his baby sister dead beside him.

"He was a very troublesome boy as young as he was, if you got a handbag you got to be careful, even the whole house...it has to be locked," said the spokesman.

"If you forget the window open he will take anything he can sell."

According to the spokesman, teachers approached the family about his behaviour.

"He said... there&39;s a lot of them inside that school that’s a Satanist because you see how they behave."

Police have brought in an occult crime specialist and they are hoping to find clues in sketches and what appears to be diary entries in an unknown language.

The teenager has been charged in absentia as he is still in hospital.

It is believed he was assaulted by members of the community who had intervened shortly after the murders.

The case continues on Wednesday.