Save SA calls on public to occupy Treasury 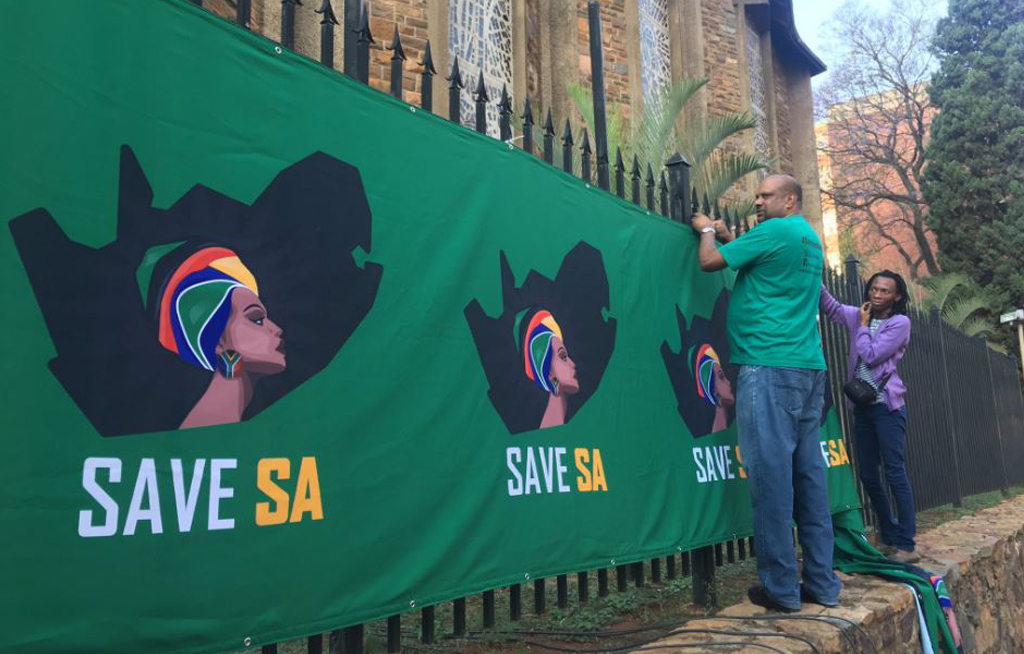 02 November 2016 - Last minute draping at St Alban's cathedral, ahead of the #SaveSA Assembly against #StateCapture, in Pretoria.

PRETORIA – Save South Africa called on the public Friday morning called to occupy the National Treasury's headquarters in Pretoria at 10am.

The call is motivated by President Jacob Zuma’s reshuffle of the cabinet.

Late on Thursday night it emerged that Zuma was effecting changes to the cabinet that would affect 15 ministers and deputy ministers, which included the removal of Pravin Gordhan and his deputy, Mcebisi Jonas, from the Finance Ministry.

[The Reshuffle is] an insult to the suffering of millions of South Africans over many decades. #savesa #occupytreasury #endstatecapture https://t.co/MzXWUxsyvD

Save SA has accused Zuma of appointing ministers based on the wishes of the Gupta family.

The organisation says it is a brazen attempt to undermine the gains of the liberation struggle by taking power away from the people and handing it over to a clique based in Dubai.

“It is a Gupta coup and final confirmation for those who needed it that our president, our government and our country have been captured by compradors intent on destroying our democracy,” Save SA said in a statement.

“We are urging every woman and man, old or young, to make their way to Pretoria and assemble at Church Square, outside the National Treasury at 10am today to show their objection to this Gupta inspired coup.

“Bring your flags, bring your family and friends and occupy central Pretoria. This is the only we can stop the capture of National Treasury and prevent the Gupta proxies from access to our money.”

Save SA says that similar marches around Parliament should take place.