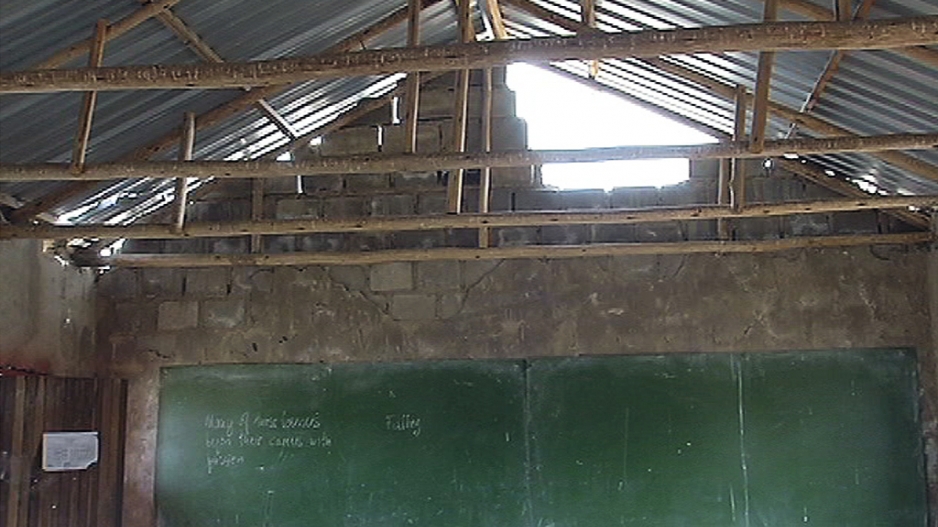 Durban, 29 November 2016 - Education officials have missed the deadline to ensure all South African schools have access to water, electricity and basic sanitation. In 2013, the education department published the Norms and Standards.

KWAZULU-NATAL - Education officials have missed the deadline to ensure all South African schools have access to water, electricity and basic sanitation.

In 2013, the education department published the Norms and Standards for school infrastructure regulations.

It required the fast-tracking of basic services to all schools by today, but hundreds remain affected.

Authorities plan to release a report on the state of infrastructure and basic services at schools, over the next few days.

Educators and administrators have called on government to assist with structural problems at their schools which result in exposure to the elements and challenges the learning environment.

Classrooms are being shared between schools, as in the case of Thandanani Primary and Enkangala Secondary School where Thandanani's school population has grown and both schools have to share pit latrines.

The school's governing body claims a request for new classrooms was made almost a decade ago but says there's been no clear answers from the department about the delay.

School governning body representative, Anton Majola said, "We are very concerned because it's like they are giving us 5 cents, they are saying we should go and buy bread for 10 cents and come back with change. So what I am saying is that, what they are giving us is very small yet they are expecting a lot".

Officials say all schools that submitted the necessary documents have been allocated funds.

The department says it will investigate why Enkangala Secondary School has been excluded and if the school has not complied, disciplinary action will follow.

Equal Education, an NPO striving for quality education for all, says other rural provinces, like Limpopo and the Eastern Cape, are badly affected.

The group believes inadequate facilities there will ultimately impact on the matric pass rate".

The Basic Education Department says since 2013, it while its happy with the progress it admits the are challenges.

Basic Education spokesperson, Elijah Mahlangu stated, "So our progress and our work does depend entirely on the resources that we have, it also depends on the co-operation that we receive from other departments that are in charge of the services that we need to provide. But as department, we do our best."

The department plans to review the Norms and Standards regulations in the next period.