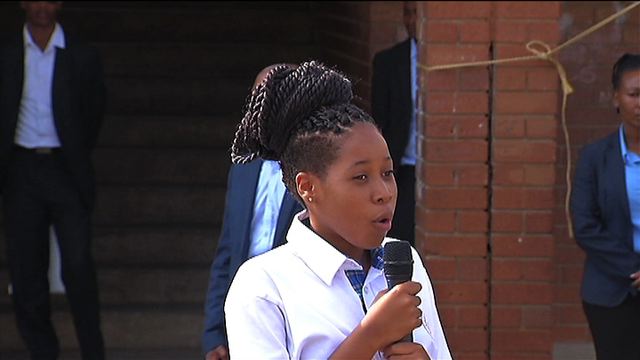 GAUTENG - 20 February 2016 - A young woman has got the attention of top government officials attending the Youth Development Expo in Soweto.

SOWETO - A young woman has the attention of top government officials attending the Youth Development Expo in Soweto.

The pupil has called for guidance and leadership for her school, and this has prompted the country&39;s Deputy President, Cyril Ramaphosa to respond.

"Our country is in need of us, and we are the ones who can change it"

Tshomela fears those dreams are easily hindered by the drug problem in her community.

"We are slowly swallowed by this chemical beast which is constantly pulling my brothers and sisters from their dreams.”

The teenager has called on Deputy President, Cyril Ramaphosa to adopt her school, which she says is under-resourced.

She also says youths in her school need role models, while others could benefit from the use of tablets. It appears Ramaphosa was up to the challenge.

“We are doing this because we are determined to invest in your education."