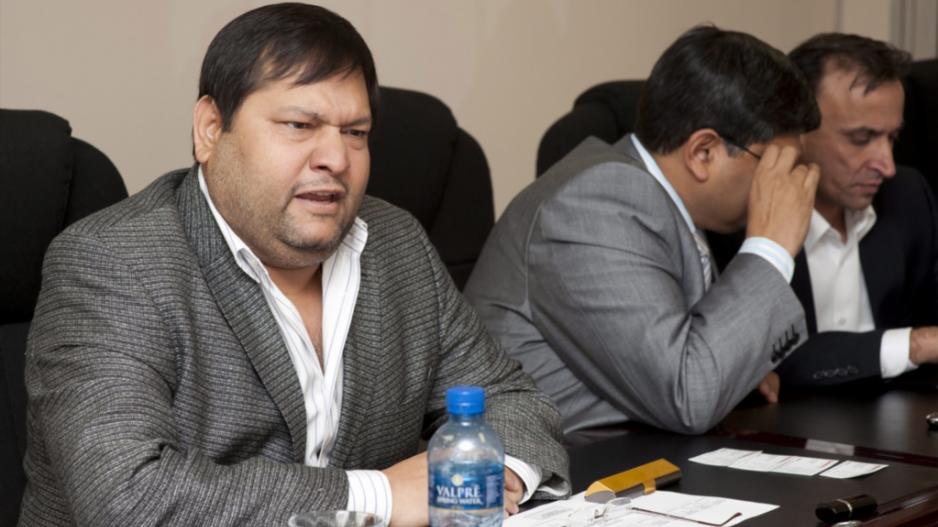 The Gupta brother failed to present himself to court on Thursday after the Hawks alerted his attorneys on Tuesday and Wednesday that he was being sought on corruption charges.

It relates to the Estina Diary Project. So far, 13 people have been arrested and seven appeared in court in connection with the case.

“Having satisfied ourselves that Mr Ajay Gupta is surely fully aware by now that SAPS is interested on his presentation to court and he has failed to do so – it is prudent he be declared on flight and that he is now a fugitive from the law," Mbalula said in a statement on Saturday.

“At this point, I have directed police to make sure that none of the suspects get smuggled out of the republic’s boundaries and that our border posts be vigilant. I am also aware of the many smuggling routes of our porous borders within the region and we are liaising with our regional counterparts for co-operation in this regard”, said Mbalula.

READ: Fight against state capture far from over: Peter Hain

The minister discouraged people from performing citizen&39;s arrests, saying they should rather call police with any information on Gupta&39;s whereabouts.

He also dissociated government from the various rewards offered leading to Gupta&39;s arrest saying they are not helpful because they could place the suspect, and lookalikes, in danger.

Independent forensic consultant, Paul O&39;Sullivan offered a R100,000 reward "for any person that gives information that leads to the arrest of Ajay Gupta within the next 48 hours", ending Saturday evening.

He offered another R100,000 reward leading to the arrest of Ajay’s brothers Atul and Rajesh Gupta, as well former president Jacob Zuma&39;s son, Duduzane, with an additional R100,000 bonus if all four were arrested.

“I am willing to match the reward rand for rand. So now we have R1-million in the pool. South Africans, contribute your spy skills. We need these crooks in jail where they belong. As soon as possible,” she tweeted.

Whatever Ajay Gupta offers is a retirement plan with a jail sentence for aiding and abetting attached. And your face plastered in all the media as a criminal. Chances of another job in SA: nil. Is it really worth it? https://t.co/W1ti4bzNKF

I am not expiring my reward until the end of Feb. I appeal to all those who are helping Guptas and Duduzane hide to help South Africa. If not you, your family members, girlfriends, friends....anyone who knows where they are. We need that R50 billion back to meet SONA promises. https://t.co/kfLzD3UxYC

But Mbalula was not impressed.

“South Africa is not a wild wild west. Should police decide that a reward is warranted on the matter, such determination will be made professionally with all security considerations taken.”