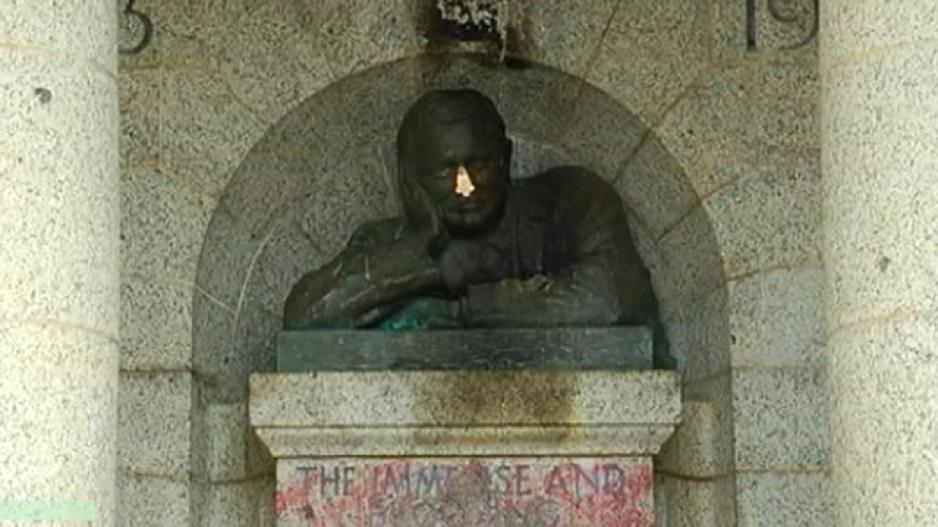 Johannesburg, 21 September 2015 - The search continues for the missing nose of Cecil John Rhodes. It was cut off the bust at Rhodes Memorial in Cape Town last week.

JOHANNESBURG - The search continues for the missing nose of the Cecil John Rhodes statue which was cut off the bust at the Rhodes Memorial in Cape Town last week.

Vandals chipped off the nose after apparently failing to decapitate the statue with an angle grinder.

They also spray painted the walls, calling Rhodes a racist, a thief and a murderer.

South African National Parks says they have laid criminal charges with the police and have beefed up security.

"For us we are counting the costs, we have to see what we can do, we have to adapt safety and security plans because we don&39;t want to lose this heritage statue," said SAN Parks Spokesperson Merle Collins.

This is not the first Cecil John Rhodes statue to come under public scrutiny.

In April the Rhodes statue at the University of Cape Town was removed after student protests against it and the legacy the say Rhodes represents.

Students belonging to the Rhodes Must Fall movement protested against the statue. They say while they have no involvement in the most recent defacing at Rhodes Memorial, they applaud it as a revolutionary act.

Graffiti group, Tokolos Stencils Collective, has also denied any involvement, after tweeting that they received an email from the culprit.