A second chance at survival for vulnerable vultures 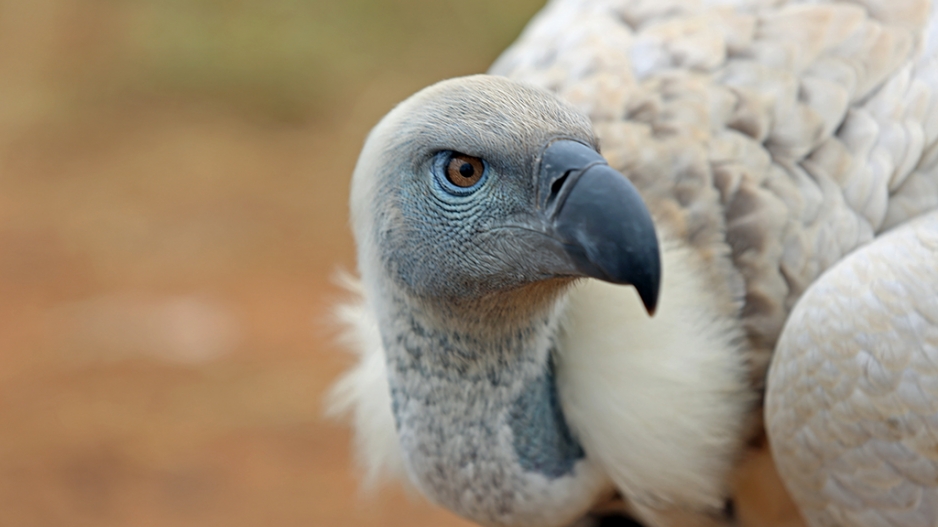 HARTBEESPOORT - Glistening translucent eyes, a long neck that can bend, soft white feathers, a gigantic wingspan and a weight of about 11 kilograms. That is what to look for if you want to spot a Cape Griffon Vulture.

Fortunately there is a very special place where you can see these vulnerable birds up close and personal – at Vulpro Conservation Programme in Hartbeespoort.

Injured vultures are rehabilitated on this farm and released back into the wild if possible.

Vulpro also has a breeding project underway to try and increase the number of Cape Vultures.

Along with rhinos, elephants and pandas, their plight will come into the spotlight on Monday -- the first World Wildlife Day.

Vulpro founder and CEO Kerri Wolter is widely known for her passion for these misjudged birds. She showers them with affection.

One vulture in particular, seven-month-old PJ (Percy Junior), is being hand-reared to become the ambassador for Vulpro.

As Wolter enters the enclosure, PJ starts squawking loudly and flaps his wings.

PJ’s role as ambassador is hugely significant, says Wolter, as she touches him on the head and teases him with her fingers.

"A lot of people believe that vultures are aggressive and scary birds, but when you meet PJ and the fact that anyone, even yourself, can touch him like this, you know, it kind of shows the softer side of them and that they’re actually fairly gentle birds," she said.

Cape Griffon Vultures are listed as vulnerable on the red list of endangered species as increasing urbanisation is affecting the populations of these majestic birds of prey.

Power lines for instance are a major threat to the birds as they can die from electrocution when they fly into them.

Wolter says that if vultures become extinct it will affect all animals, even humans.

"Vultures are our natural garbage collectors, they help clear the veld of any rotten carcasses which helps prevent the spread of any infectious diseases."

"Take vultures out of your environment and you have a catastrophic effect -- livestock and wildlife potentially can be taken out by an infectious disease."

She goes onto explain that vultures are able to clear the veld of these diseased animal carcasses – stopping the spread of the disease.

"Vultures reduce the spread of disease. If you have no vultures your spread could become an epidemic," she said.

The programme has partnered with the University of Pretoria in the field of veterinary science for academic research.

Many students from abroad come to study the Cape Griffons at Vulpro.

Thelma Mabhikwa from Bulawayo in Zimbabwe has been working as an intern with Wolter for the past eight months.

She too has grown very close to PJ. "With PJ it was different (to the other birds). We’ve had a connection from day one."

Her time at Vulpro has been life-changing, says the 21-year-old.

"There are times when I’ve cried when a bird has died or when we’ve released some birds. It’s been quite overwhelming for me," she said.

After she graduates from the National University of Science and Technology, Mabhikwa wants to implement the lessons she has learnt at Vulpro in her home country.

"I’m hoping to establish something like this in Zimbabwe -- to help with conservation and educating people on the importance of the vultures -- conserving what we have of the species," said Mabhikwa.

Cape Griffons are classified as vulnerable on the red list of endangered species.

Wolter says the problem with wildlife conservation in South Africa is that non-governmental organisations need to work together more efficiently.

"We know that power lines, poisons and poaching are all detrimental and we’re all doing are own thing which is having a positive impact but if we put all our research together the impact could be so much bigger."

Currently there are only 300 wild breeding pairs left in this region and while the population is stable, Wolter says it’s not growing enough and they would like to see an increase in numbers.

To visit Vulpro, visitors need to make an appointment with Wolter and a small entrance fee is charged. For more information visit www.vulpro.com.