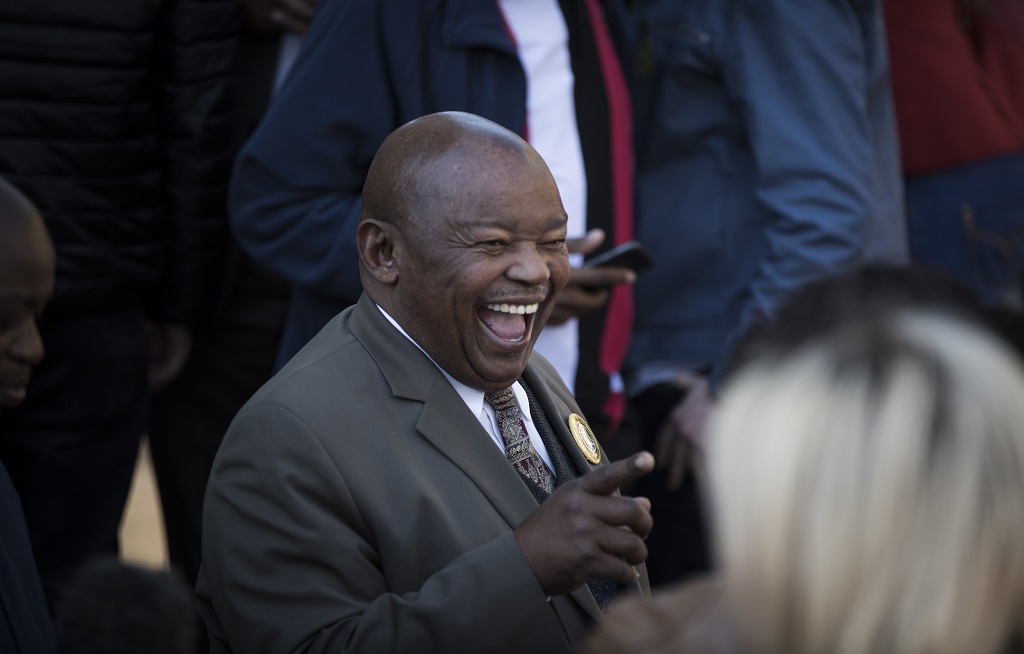 South African opposition party COPE leader Mosiuoa Lekota reacts outside the Constitutional Court of South Africa after judgment proceedings on the application to allow a secret ballot in Parliament in Johannesburg on June 22, 2017.

JOHANNESBURG – The Secret Ballot (or #SecretBallot) ruling has come and gone but the reaction from politicians are only now filtering through social media.

To clarify, Chief Justice Mogoeng Mogoeng has ruled that Parliament Speaker Baleka Mbete does in fact have power to declare a secret ballot during the motion of no confidence against President Zuma. Previously she cited the law as a limiting factor.

For some, this is a clear win for South Africa's justice system, but it also now puts emphasis on Mbete, she can now declare a secret ballot, or choose not to.

As for South Africa's other politicians, the ruling was a victory, a contentious issue, and a reason to engage in a little subtweeting.

#SecrerBallot ruling teaches Opposition must convince the ANC inside parliament & not run to courts over politics.... why they lost today

Mbalula, who has never been shy to smash that tweet button, welcomed the ruling but also threw shade on opposition parties.

Malema wasn't having it.

If you think you won, why do you sound so disgruntled. The whole minister left his duties to justify that Parliment won a case

One thing I know is that this Minister did not read the court papers and will not read this judgment but he's busy tweeting about it, hai

#SecretBallot ruling is helpful as is, some disgruntled opposition members are calling us - they'll vote with ANC Collective on key matters.

Your drinking mate Baleka said she doesn't have discretion to grant secrete ballot. We said she does & the court agreed with us Minister

But Mbalula had the final word.

I don't know where drinking fits in. Last time I checked you were my drinking partner. Some amongst us wanted the Speaker to be forced.

Other politicians refrained from subtweeting and took to campaigning instead, like DA leader Mmusi Maimane. "My vote is not #secret. Zuma must go," he tweets, ending the line with #change19.

The Minister of Police Fikile Mbalula welcomed the ruling. The party's spokesperson Mbuyiseni Ndlozi suggested that the decision calls to question Mbete's "capacity as speaker".

The UDM's president Bantu Holomisa took to Facebook with a longer statement. He suggests that the UDM "has been vindicated with the Constitutional Court’s ruling that the Speaker of the National Assembly could facilitate a secret ballot in a no-confidence motion in President Zuma." "We thank our legal team, as well as political parties and civil society organisations who supported us all the way," he adds.

Once again the Speaker being schooled by the Concourt in how to do her job. When does it start getting embarrassing???

The ANC and DA respond And as for parties' responses, the ANC's official Twitter account led the charge with a fiercely worded tweet in all-caps. "#ANC WELCOMES CONCOURT’S REFUSAL TO BE ABUSED BY OPPOSITON PARTIES WANTING TO CO-GOVERN WITH NO POPULAR MANDATE," it writes.

#ANC WELCOMES CONCOURT’S REFUSAL TO BE ABUSED BY OPPOSITON PARTIES WANTING TO CO-GOVERN WITH NO POPULAR MANDATE pic.twitter.com/UNBz7SAWH3

Finally, the DA reiterated the message of its leader Maimane.

Our vote in upcoming Motion of #NoConfidence in Zuma will be no secret - @MmusiMaimanehttps://t.co/8WeXxCqc76 pic.twitter.com/68hvU2K007