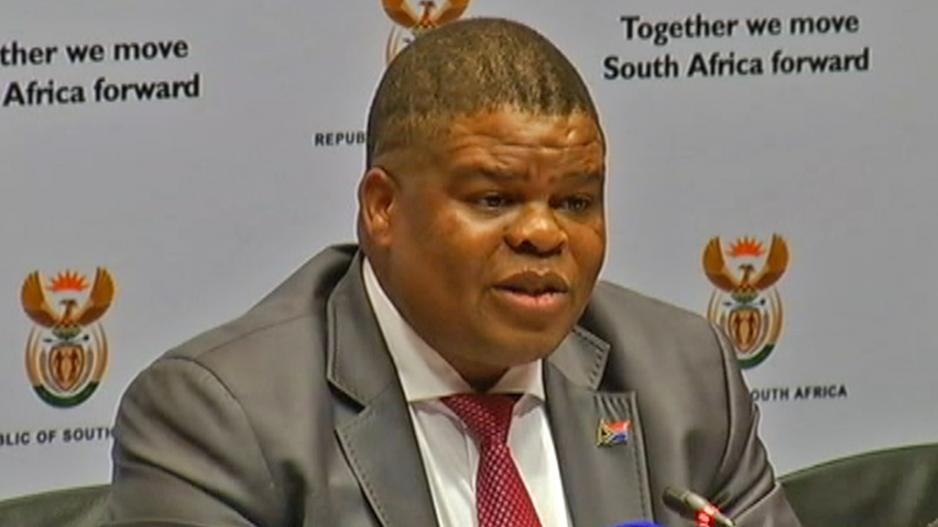 State Security Minister David Mahlobo has warned political leaders not to make so-called war comments. This comes after Julius Malema recently said that he's prepared to remove the governing party through the barrel of a gun.

JOHANNESBURG – The Institute for Race Relations (IRR) says the government should not mislead South Africans about a possible terror alert.

IRR released a statement on Wednesday saying South Africa is vulnerable to terror attacks amid the US&39; warning the country about a possible terror alert.

“It is misleading for South Africa’s security agencies to say there is no terror link or threat to South Africa. There are, for example, numerous examples over an extended period of time of terror suspects being found in possession of South African passports. There is also no security agency anywhere in the world that could provide an assurance that a specific country faces no terror threat,” said IRR CEO Dr Frans Cronje.

IRR highlighted a number of factors why the country was not immune to terror attacks.

The institution said the country&39;s position at the tail of the African terror belt which ran from Middle-East/North Africa down the African east coast and into South Africa made it vulnerable.

It said the country&39;s porous borders made it easy for people to enter and leave the country illegally.

South Africa&39;s “weak control over official documents made it easier for people to corruptly obtain identification and other documents.”

IRR said the ease of access to illegal weaponry and South Africa&39;s banking and financial services institutions which aided in the laundering of terror money also made the country a target.

“For a number of years the IRR has been warning that South Africa should not see itself as immune from terror attacks. The type of attacks that played themselves out most recently in France and Belgium are very difficult to prevent and it is that type of attack – a relatively isolated incident carried out by a small group of extremists with simple weaponry against a prominent target – which South Africa is also vulnerable to,”Cronje said.

However, the Department of International Relations and Cooperation (Dirco) said the government takes the threat of violent extremism and terrorism very seriously and said the information was &39;dubious.&39;

The SA govt is fully capable of securing our country, protecting our people and taking care of the safety of foreign citizens on our soil.

We expect foreign embassies on our soil to follow the correct channels when communicating matters of such nature. @UbuntuRadioZA @SAgovnews

“It is a global phenomenon that no nation can claim immunity from.As part of their work, our security agencies are in constant liaison with foreign intelligence services represented in South Africa. Their work includes information exchanges on threats presented by violent extremism and terrorism,” Dirco said in a statement.

“We are, therefore displeased with the manner in which some countries have reciprocated. Their actions have been disingenuous and a cause for serious concern to our government. The information provided as a basis for the latest terror alerts on South Africa has been found to be very sketchy. On closer examination, we have found the information to be dubious, unsubstantiated and provided by a “walk-in” source based on questionable conclusions.”

The SA government has demarched the affected embassies to register our displeasure with the manner in which the matter was handled.