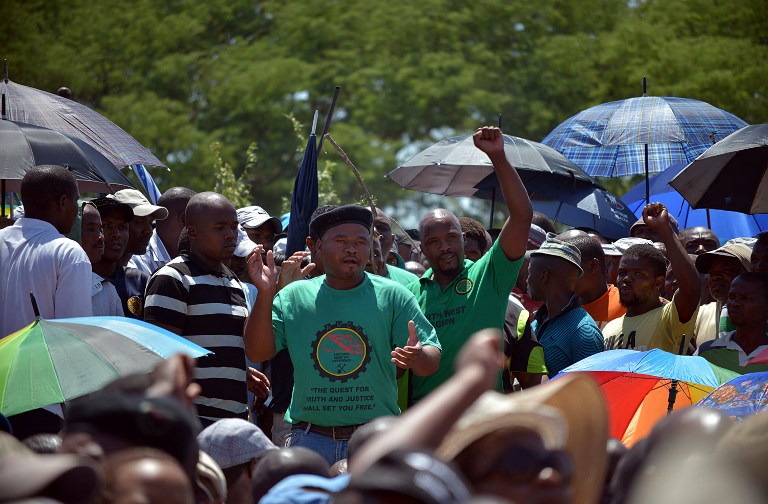 A man who was the North West regional organiser of trade union Amcu was shot dead on Saturday.

Police have confirmed that four suspects had approached the man in a tavern near Amplats&39; Khomanani shaft in Rustenburg.
He was shot four times.
At the time of his death, the man was wearing an Amcu branded T-shirt.
The man was due to testify at the Marikana Commission of Inquiry in relation to the 33 miners who were killed by police officers in August last year.
His name will not be released until his next of kin have been informed.