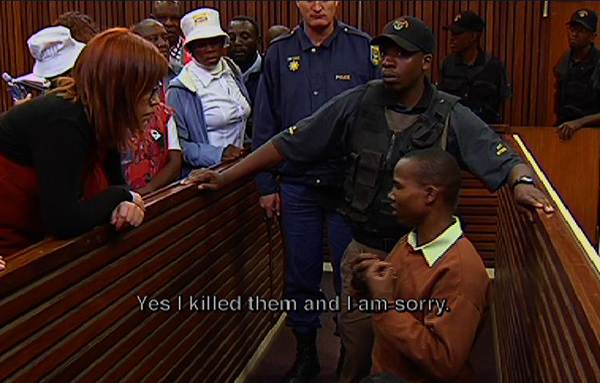 He insisted that he was sorry for the murders and was seeking forgiveness, but the families of his victims said his apology was an insult, and it couldn&39;t begin to make up for the pain and suffering he had caused.

Madiba cried as he was sentenced to life in jail for the murder and robbery of his nine victims - one of whom he admitted to raping.

“Everyone wants to know if I am the one who killed their children. Yes, I killed them and I&39;m sorry,” said Madiba.

He claimed that all but one of his female victims were his girlfriends, and said he killed baby Phologo Mokwena because he had been tricked into thinking the little girl was his child.

He strangled her when he found out she wasn’t.

Madiba said he killed the baby’s mother Lebo because of this betrayal – a claim her family said was a lie.

Family members said the killings had robbed over a dozen babies and children of their mothers, leaving many households financially devastated.

"My sister Monica&39;s child is now an orphan because of this man. The child is going to grow up without his mother. He&39;s crying every day, when we ask him why he says &39;I miss my mother&39;... And there&39;s nothing we can do to bring her back," said another victim&39;s sister, Veronica Mohlahlo.

" We are already starving, because there is no one providing for us," said Majola.

Madiba admitted that he killed his nine victims while on bail for another murder.

Family members said they still believed their loved ones may be alive – if he’d not been released.