SEX SLAVE: Betrayed by a friend 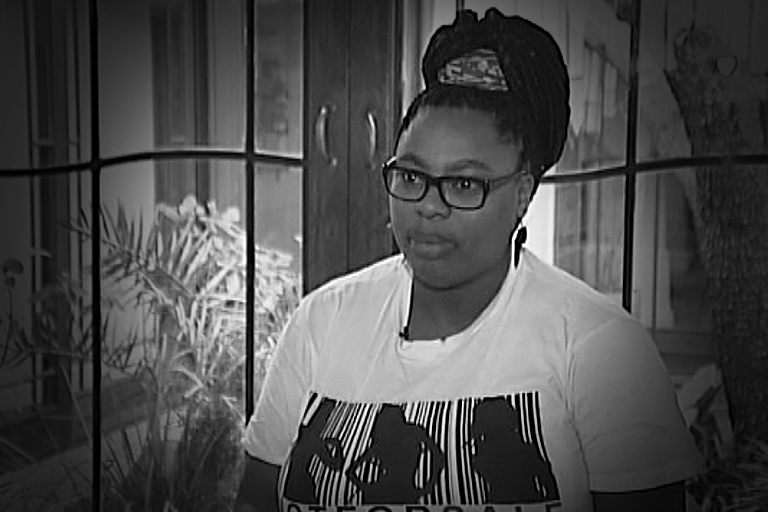 Grizelda Grootboom was just 18-years-old when she fell victim to human trafficking and turned into a sex slave.

Click here for the eNCA feature The Human Trade.

CAPE TOWN -- Grizelda Grootboom was just 18 years old when she was about to be thrown back onto the streets of Cape Town.

But she remembered her friend, the one she used to hang out with, the one who would betray her and change her life forever.

Dressed in a white shirt with the words ‘NOT FOR SALE’, Grizelda has a striking smile and an infectious laugh.

Her story begins at the age of 10 when she lived in a shelter in the Mother City.

Grizelda grew up with one of her closest friends Leah and dreamed of being a singer, an actress or perhaps a dancer.

But before they turned 18, Leah was raped and stoned to death – a traumatic incident that turned Grizelda to a life of drugs.

It’s during one of her drug sessions that she met another friend, whom she has chosen not to name.

“She was not a street kid; she came from a great family. She just enjoyed smoking drugs with us under the bridge.”

When Grizelda turned 18 she had to leave the orphanage as she was considered old enough to look after herself.

With nowhere to go and running out of time – Grizelda contacted her friend who had since left Cape Town and was studying in Johannesburg.

Her friend promised to help her get work and start a new life. Grizelda was soon on a train to Johannesburg.

(The story continues in the video below)

Caught in a world of deception and abuse, Grizelda was badly beaten after she refused to service a client that evening.

“I woke up a month later in Johannesburg Hospital and I was very shocked that I (had) made it,” she said.

It was a tough time when she was released from hospital, moving from one shelter to another.

“I just continued to live. It was very hard – some shelters and places would not take me in (because I was 27). I went through moments that I went back to my friends and tried to stay away from the temptation of taking clients and still questioning myself.”

Grizelda Grootboom has been surviving for six years now, working for Embrace Dignity, which helps trafficking victims. She&39;s one of tens of thousands of women who&39;ve been sold accross the world.

“I have grown and I have grown my spiritual life as a Christian and I just continue to have faith and started building my relationships through that.”

Click here for more on the eNCA feature The Human Trade.