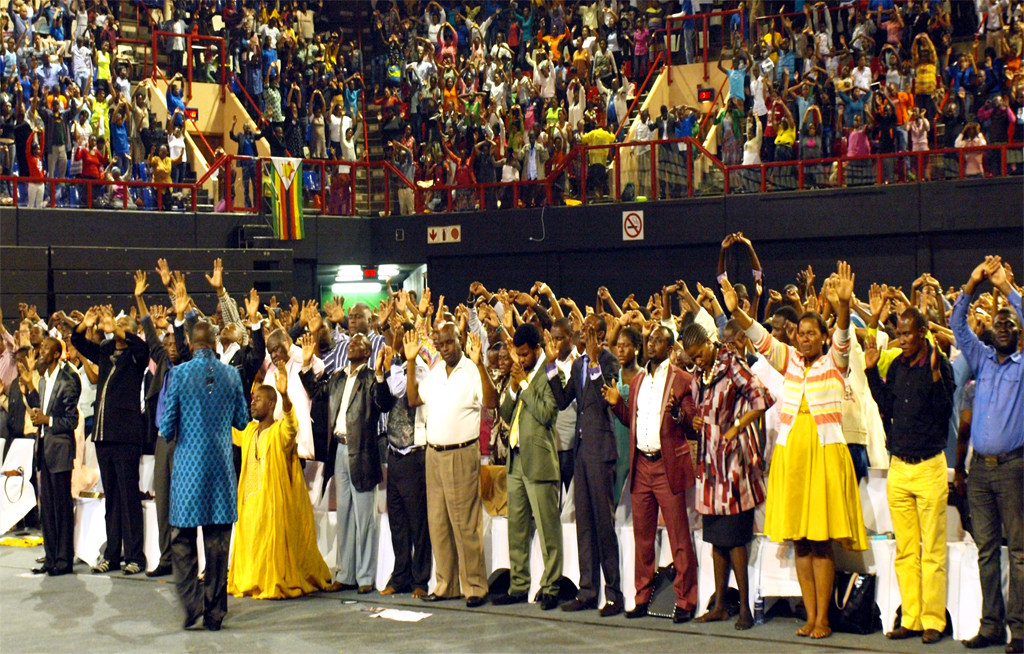 File: The controversial televangelist allegedly trafficked more than 30 girls and women who were from various branches of his church to a house in Umhlanga, KwaZulu-Natal where he allegedly sexually exploited them.

PORT ELIZABETH – A Nigerian pastor charged with human trafficking and sexual assault was found to have been living in South Africa “illegally” after it was discovered that at least one of his permits was “issued fraudulently”, it emerged in the Port Elizabeth Magistrate’s Court on Friday.

Testifying in the pastor’s bail application, senior immigration officer Ivan Klaasen said that he had discovered that the pastor had six passports, not four as the court was previously told.

Video: How Nigerian pastor Omotosho was whisked away in South Africa over sexual abuse and human trafficking. pic.twitter.com/YBAAfdtLyY

Klaasen said the department’s movement control system had picked up that the pastor had travelled into and out of South Africa three times during the year 2000 without a relevant visa.

“He was issued with a temporary residence [permit] not a visa. As per the regulations, a Nigerian national must be in possession of a visa, so there is a contravention of the Act here. He was not allowed to enter South Africa without a visa, he was issued a single entry only and came into South Africa without a relevant visa,” said Klaasen, adding that he had no idea how this could happen at various ports of entry.

Read: 'I am having suicidal thoughts': Nigerian pastor

Klaasen told the court that government printers indicated that the pastor’s temporary residence permit was dispatched in Port Elizabeth.

On 20 May 2000, a request for eight permits, including a temporary residence permit, was made  — all of which were issued the same day, he said.

A permit issued by a former home affairs official in Port Elizabeth was fraudulent, making the televangelist eligible for deportation.

“When a person is issued with a fraudulent permit that person becomes illegal and all permits issued thereafter become null and void,” said Klaasen.

The prosecution wanted to know if the Department of Home Affairs was able to identify officers who had issued the permits fraudulently.

A Nigerian Pastor charged with human trafficking and sexual assault is back in the Port Elizabeth Magistrate's Court. Video: ANA/Raahil Sain pic.twitter.com/JWdvi7sVcW

“One officer in Port Elizabeth has been identified, others seem not to work for the department anymore,” said Klaasen.

Defence advocate Alfonso Hattingh, told the court that the pastor had “lost” one of his passports, adding that the televangelist had done nothing wrong in the way in which he had gone about obtaining legality in South Africa.

Speaking to the media outside court, Sihlwayi said that she was there to support the victims.

“This process is showing us about an apartheid that is coming back to this country where our people are undermined and humiliated by some of those who are perceived as church people. As the government we are tasked by the premier of the Eastern Cape to give support to the victims, while we are clear that the process of justice should take its course,” she said.

The pastor, who is based in Durban, is alleged to have trafficked more than 30 girls and women from various branches of his church countrywide. He allegedly took them to a house in Umhlanga, in KwaZulu-Natal, where he sexually exploited them.

READ: Nigerian pastor in the dock on human trafficking charges

According to the testimony before the court, senior members of the church would recruit “vulnerable” girls between 13 and 15 and lure them into performing sexual acts with the pastor.

Following a foiled arrest in Bloemfontein on the Easter weekend, the televangelist was arrested by the Hawks on 20 April at the Port Elizabeth airport. He has been in custody ever since.

By way of affidavit, the pastor has denied allegations of sex with naked girls.

The 58-year-old father is facing 22 counts of human trafficking and sexual assault.

The bail hearing was postponed to 23 May.