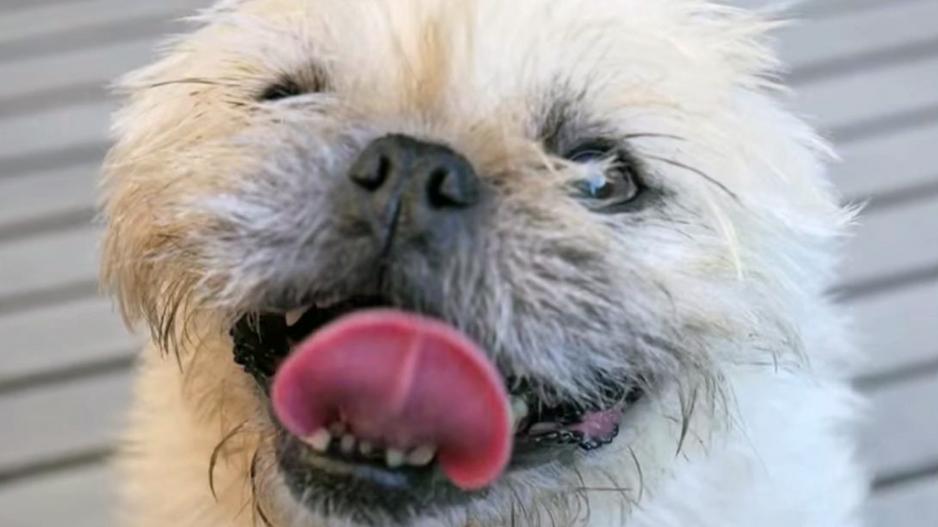 This shaggy-haired dog named Rose features in a Cell C advertisement that has prompted over 100 complaints to the Advertising Standards Authority of South Africa.

JOHANNESBURG – Cell C has landed in the dog box over a new advertisement featuring a shaggy-haired dog humping a man’s leg.

ABOVE: This shaggy-haired dog named Rose features in a Cell C advertisement that has prompted over 100 complaints to the Advertising Standards Authority of South Africa. SOURCE: YouTube / Cell C

The video begins in a supermarket. The scenario with the man and the dog mounting his leg recurs at a car parking station, petrol garage, clothing shop and apartment.

More than 100 people have filed complaints about the video with the Advertising Standards Authority of South Africa (ASASA).

The scruffy dog (real name, Rose) mounts the man’s leg to the tune Blondie’s tune ‘One Way or Another’.

"If you’re tired of being taken advantage of, maybe it’s time to try the one cellular network that gives you more," goes the concluding voiceover.

By June 17 roughly 50 people had filed complaints with the regulatory body.

The next day, however, that number had more-than doubled to 118 objections. The ASASA is an independent organisation responsible for enforcing a Code of Advertising Practice, which states material should not be (among other things) offensive or harmful to children.

Nompumelelo Mda, spokesman for the ASASA, told eNCA.com that most complainants say the video “is not suitable for children as the dog is shown to be performing an inappropriate act that is not suitable to be flighted during prime time, as this is family time.”

The company on YouTube to share the clip, "if you think it&39;s the funniest ad you&39;ve seen in a while!"

ABOVE: A screen shot from an advertisement for mobile operator Cell C, which has prompted more than 100 people to file complaints with the Advertising Standards Authority of South Africa. SOURCE: YouTube / Cell C

"Tasteless surely one of Cell C&39;s worst adverts," wrote a viewer. Another said: "This is in such poor taste."

The mobile company has also shared a video showing how the advertisement was produced.

Executive creative director Stu Stobbs said: "I think as South Africans, a lot of us are not too happy, because we’re getting ripped off, wherever we turn."

"There are so many places where you’re feel, you know, you’re just getting taken advantage of," he said before punting the company paying for the production.

"But with Cell C, you’re getting great value. So, that’s what, in this ad we’re trying to show, in a fun, lighthearted way."

The so-called humour did not sit well with many of Cell C’s clients, and even a few well-known South Africans. Critics of the video include former Springbok rugby players Kobus Wiese and Bobby Skinstad, who sniffed at the video on social media.

The Cell C ad with the dog homping the guys leg is very poor taste and simply the worst I have seen in years.

. @CellC - is that new ad campaign something you are proud of ? With a dog humping a guy&39;s leg the main theme. Really ?

Incidentally, Cell C sponsors the Sharks rugby team, in which Skinstad played in 2007. Wiese is a former Lions player.

Director Peter Perhorsky described casting the dog in the video. He said they were looking for a mutt.

"Very, very excited to be part of something that is fun and just really, really brave," he said of the production.

ABOVE: In the offending advertisement for mobile operator Cell C, a man is followed around and humped by a tatty dog. "Are you tired of being taken advantage of?" SOURCE: YouTube / Cell C

The YouTube clip of the advertisement had been viewed almost 64,000 at the time of this article’s publication. It is also airing on television.

Mda said all complaints filed with ASASA, whether by mail, fax or phone, were acknowledged and processed within 24 hours.

If the compliant is found to be valid, it is referred to consultants who give the advertiser an opportunity to respond.

"If an advertisements is found to be in breach of the Code, the ASA can order the withdrawal of an advert in its current format," she said.