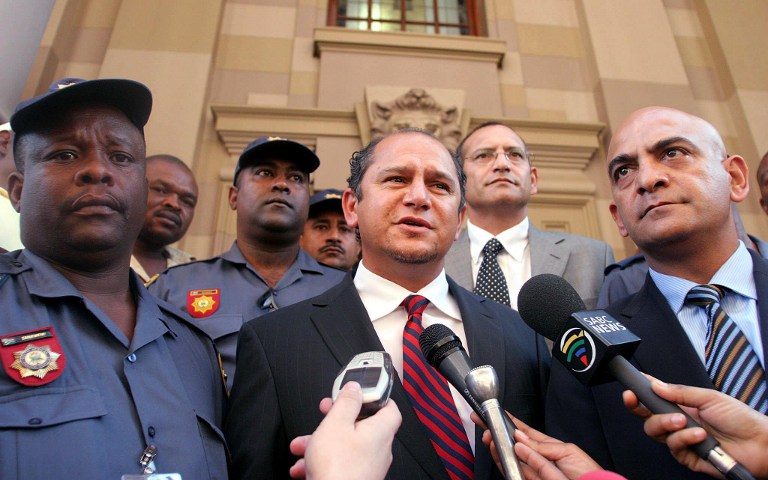 South African businessman Schabir Shaik addresses the media before leaving the Durban High Court 02 June 2005. Shaik has found himself in hot water again, he is alleged to have assaulted a caddie.

JOHANNESBURG - President Jacob Zuma’s former financial advisor wants his medical parole to be converted to ordinary parole – so that he can travel.
The Department of Correctional Services has confirmed that Schabir Shaik’s lawyers have made an appeal to the Medical Parole Board.
Correctional services officials, and not Minister Michael Masutha, will make the call on Shaik’s request, as he’s not serving a life sentence.
Shaik was granted medical parole in March 2009, on the basis that he was terminally ill.
His lawyers apparently told the board that he wants to travel, and is restricted from doing so by his medical parole conditions.
The DA has suggested it will challenge the parole conversion if it’s granted.
Meanwhile, the Minister of Justice and Correctional Services, Michael Masutha, has noted with concern claims by the DA that he has received an application from offender Shaik for conversion of his medical parole to ordinary parole.
Masutha said in a statement that there is no legal provision which allows any conversion of medical parole to ordinary parole.