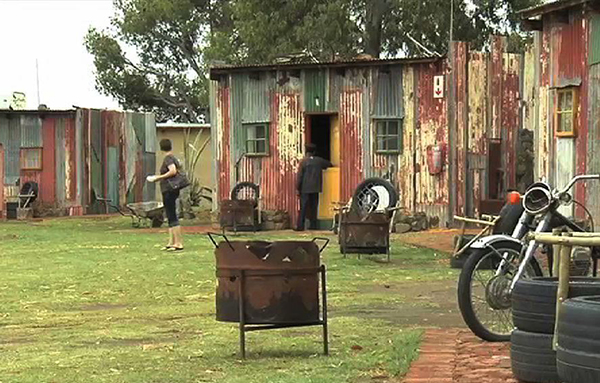 BLOEMFONTEIN - A luxury estate in the Free State is creating a stir by offering a taste of township living in a safe environment.

Critics say the owners are making a profit by glamorising poverty, but it&39;s attracting praise from visitors.

Townships are a common sight in South Africa and not the place you&39;d expect to spend R800 a night for accommodation.

But the owner of Emoya saw a gap in the market and built his own informal settlement for guests.

"Regular overseas visitors suggested that they would like to sleep in a real shanty rather than just seeing them from a tour bus, as you would in Soweto and Cape Town," said owner Buks Westraad.

"And that is where the idea was born -- to start a small township with its own shebeen which would be Emoya&39;s own unique, themed hotel."

Started as a tourism attraction ahead of the 2010 Soccer World Cup, the shanty town is meant to give visitors a taste of life in an informal settlement.

But Emoya&39;s version of shack living is a somewhat more luxurious affair.

Guests have the choice between a shack with electricity and underfloor heating, or one without power.

But solid walls and running water are standard.

"I think it&39;s a nice idea and a good initiative and I think I won&39;t mind coming and visiting here again," said Thabang Kholoane.

Westraad feels there is no reason for anyone to take offence.

"We believe we&39;ve taken something with a negative connotation and turned it into something positive, which reflects the ingenuity of our South African people," he said.

On the property you can find a miniature Basotho village and a Boeing 737 that&39; ha been converted into a restaurant.

The owner&39;s next project is to build 20 RDP-style houses, painted in the colours of the South African flag.