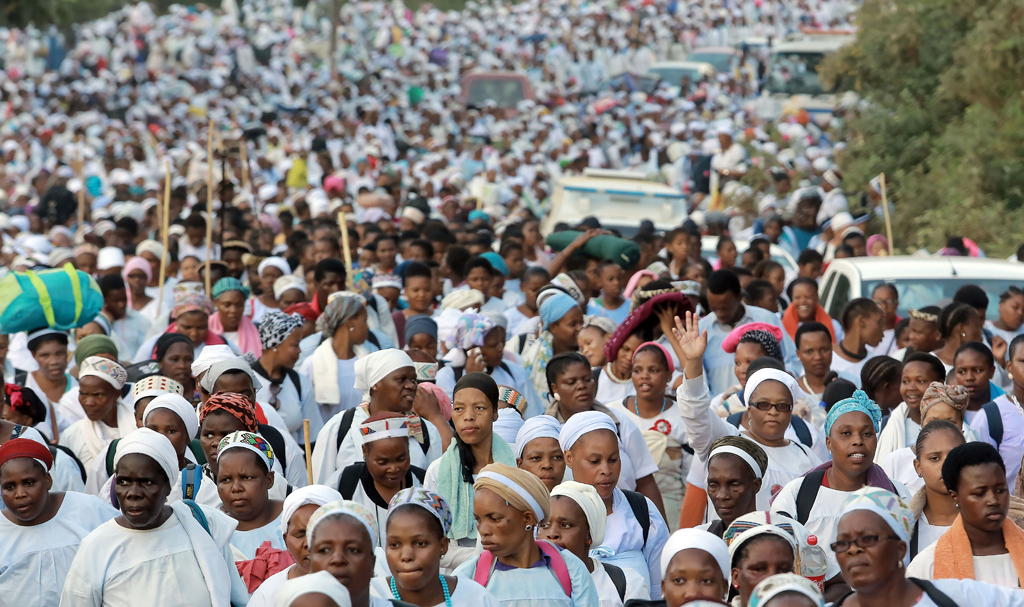 Women devotees march together as over 50,000 followers of the Nazareth Baptist Church, also known as the Shembe Church, leave their church in Ebuhleni, 45kms, north of Durban, for a three-day walk to reach the Canaan Holy Mountain in Ndwedwe, January 2016

DURBAN - The KwaZulu Natal High Court in Durban is expected to hand down judgment in a leadership battle involving the Nazareth Baptist Church which is more commonly known as Shembe Church.

Since 2011, Mduduzi Shembe the son of the church founder and his uncle Vela Shembe were locked in a bruising legal battle over who was to succeed founder Vimbeni Shembe. But the other party to the dispute, Vela Shembe, died in December and his successor was duly announced as Phinda Shembe.

On Wednesday Deputy Judge President Isaac Madondo recounted the church’s history as he read out his judgment.

Ultimately, it&39;s expected to reveal who the court thinks should be declared the lawful successor.