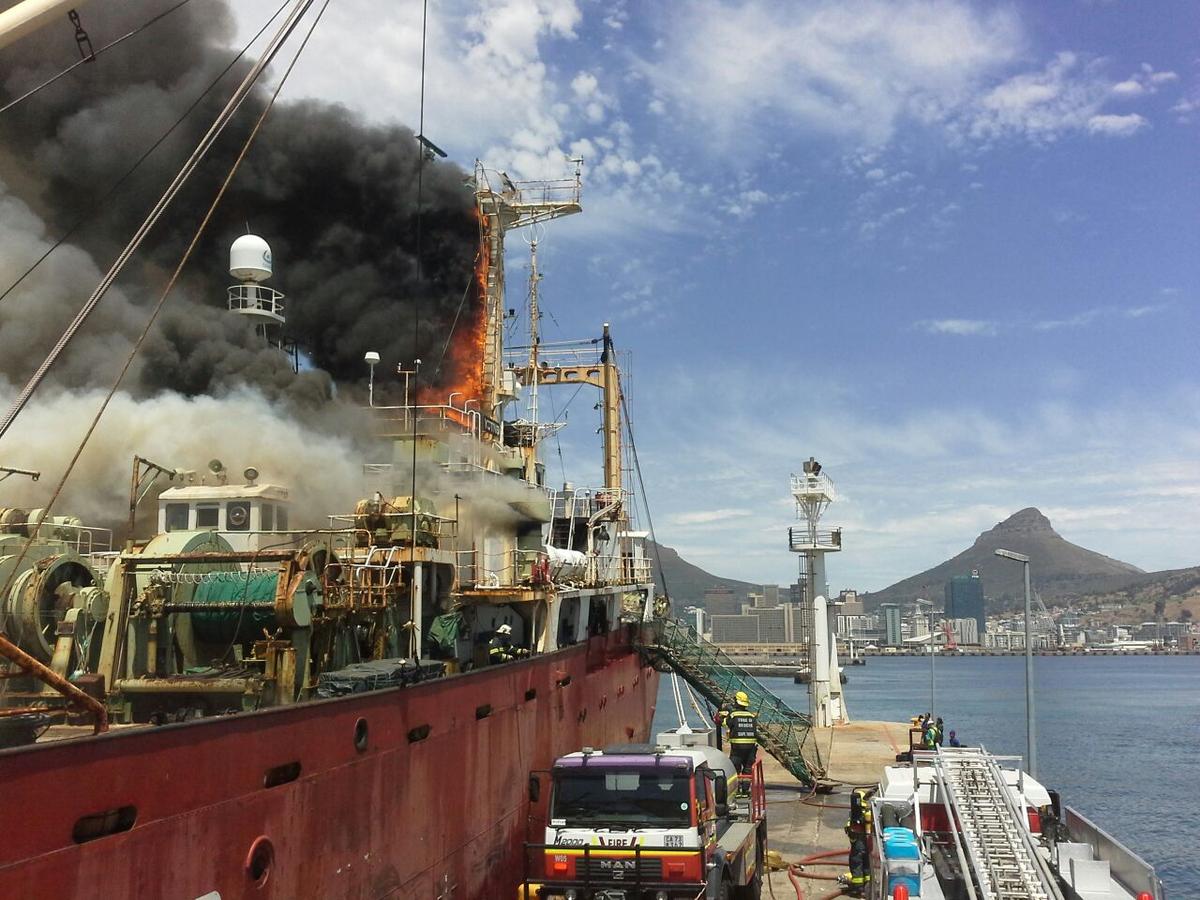 A fishing trawler caught alight at a container terminal on the Cape Town harbour.

JOHANNESBURG – Some 800,000 Styrofoam containers were on board a burning fishing vessel at Cape Town Harbour on Wednesday.

Black plumes of smoke billowed from the vessel, the “Verona Port Villa”, which is docked at the container section.

Smoke blowing over @CapeTown is from a ship on fire in the habour. #ShipFire #CapeTown Pic: @chrisonf1. @VandAWaterfront @kfm pic.twitter.com/cRAH2KQMIw

He said the fire had not yet been contained.

Layne said the cause of the blaze was unknown.