Shivambu hits back at ANC 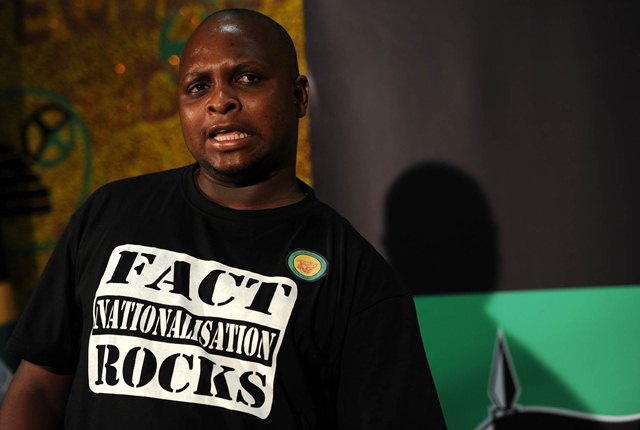 Johannesburg - Floyd Shivambu has given the African National Congress (ANC) a tongue-lashing following news of his expulsion.

The former ANC Youth League spokesman acknowledged the Tuesday announcement that spelled the end of his tenure at the youth body and went further to disparage the political party.

Convenor Mzwandile Masina said Shivambu "has by his own action defined himself outside the ANCYL and the mother body as he continues in his new-found hobby of insulting the organisation".

In his response to the announcement, Shivambu released his own statement soon afterwards saying he found the decision "hilarious because in all the public statements I have made since my suspension from the ANC; I have unequivocally said that I give away my membership of the Zuma African National Congress (ZANC) and consequently the ZANC Youth League."

The close ally of expelled ANCYL president Julius Malema said he could not be associated with the mother body, and called it "directionless, possibly the most corrupt, and openly neo-liberal, right-wing political formation that will never solve South Africa&39;s socio-political problems".

Shivambu referred to various articles he had written in condemnation of incidents that he claimed were exemplary of the lack of the ruling party&39;s leadership.

One particular incident was the notorious Marikana Massacre that transpired on August 16, 2012 which Shivambu said was an illustration of an ANC that kills its own citizens, justifies the killing and do nothing about instances of corruption, greed and crass materialism.

Giving his share of criticism of the National Development Plan (NDP), he attributed the plan&39;s alleged failures to the mother body&39;s not knowing what is wanted and was instead "going nowhere slowly".

The self-proclaimed economic freedom fighter said he was part of an "economic emancipation movement, which is speaking to the people of South Africa on the possibility of contesting elections in the 2014 General elections.

"I... will use everything in my power to persuade many South Africans to realise that the ZANC does not represent any future for South Africa," said Shivambu.

He said he would continue to serve South Africans, contribute to the discourse of economic freedom in our lifetime, and would never be silenced by cowardly acts of repression.

In 2012, Shivambu was suspended from the ANC and the ANCYL for three years.

Recently, the former spokesman had become vocal in his criticism of the ANC, President Jacob Zuma, and the ANCYL NTT, through statements on behalf of the Economic Freedom Fighters (ECC) - the political party recently launched by expelled ANCYL president Julius Malema.

However, the future of the new political party with plans to contest 2014 elections remains vague due to Malema&39;s possible jail term regarding the awarding of a R52 million tender to On-Point Engineering, a company affiliated to Malema.