Buses on fire in Fordsburg 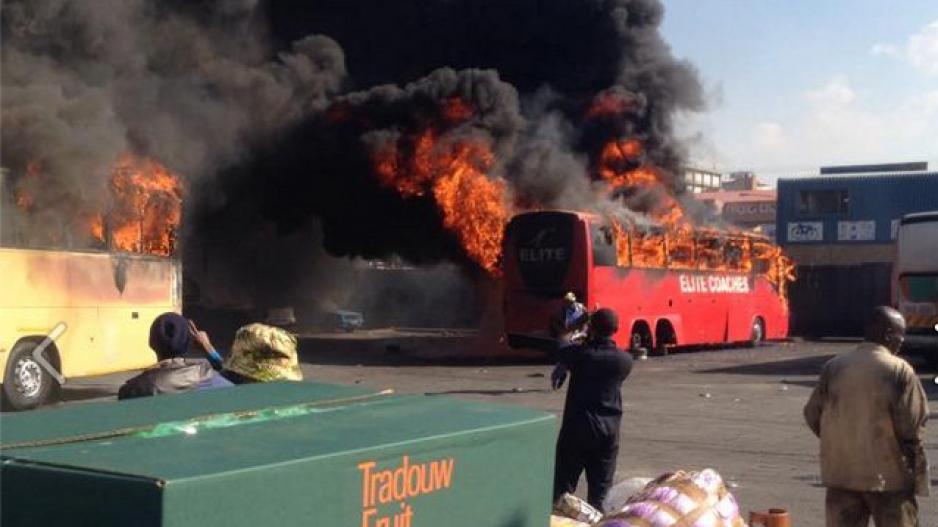 Buses have been set alight in Fordsburg near Johannesburg.

JOHANNESBURG - Several buses exploded in a bus depot on Albertina Sisulu Road in Fordsburg close to the Oriental Plaza.

It was not immediately clear what the cause of the fire was.

It was also not clear how many buses exploded, but commuters are being warned to steer clear of the route as there will be traffic delays.

He said there were no injuries and the cause of the fire is unknown.

"The fire spread from the bus that caught fire first," said Mulaudzi.

Mulaudzi said the fire started at around 3pm and has been successfully extinguished.

"@RobertMulaudzi fire fighters extinguishing the 3 buses and 2 Trucks on fire in Fordsburg, no injuries reported. pic.twitter.com/ZzpccTeXUx"