Shootout at Mall of Africa 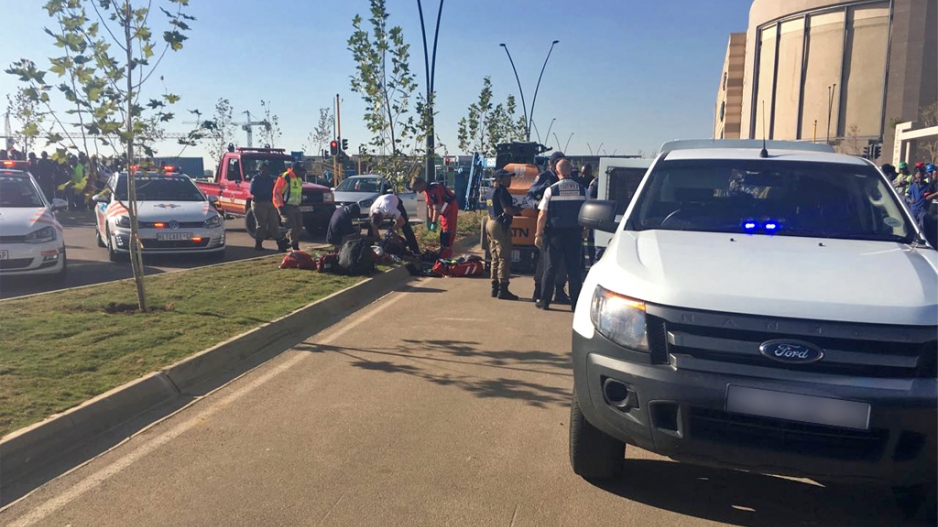 Johannesburg – Three people have been wounded during a shootout at a taxi rank near the newly-opened Mall of Africa in Midrand.

Two men, believed to be involved in the dispute, were treated at the scene for gunshot wounds and transported to hospital. Midrand police say one of the suspects was shot in the chest.

A female bystander was also shot. She is reportedly in a critical condition and was airlifted to hospital.

Netcare 911 paramedics are on the scene.

Police say that the shootout was a result of a taxi dispute.

At Mall of Africa taxi violence

@crimeairnetwork Something serious going down near new Mall of Africa. Over 20 Police cars and EMS pic.twitter.com/oSe1SP7bAO

lol second robbery at Mall Of Africa in just under 2 weeks of opening? Im actually not laughing, cos these thieves got goals & tunnel vision