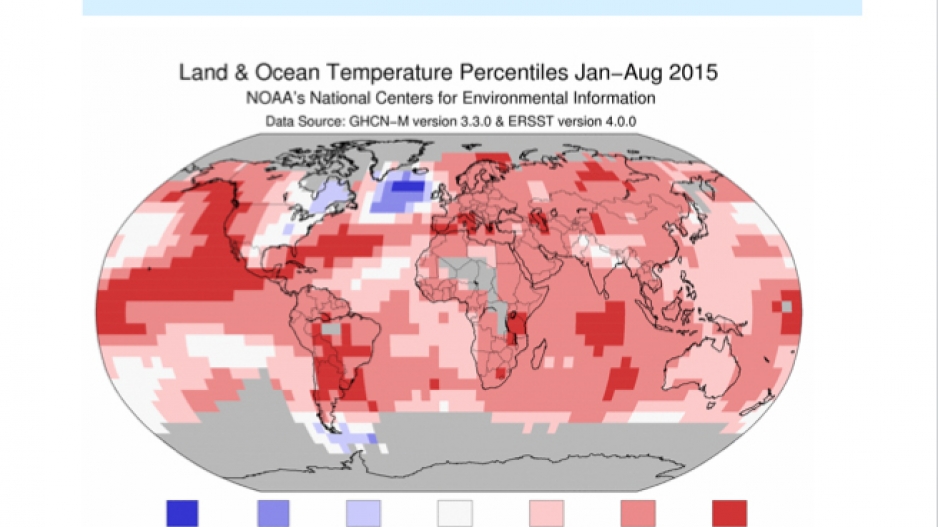 According to weather experts 2015 is the hottest year on record.

PRETORIA – The rainfall and hail storm on Monday afternoon did not break the drought South Africa is currently experiencing say scientists.

“Around 100mm of rain consistently on a 10 day cycle is what is required to break the drought,” said Mnikeli Ndabambi of the South African Weather Service.

South Africa is currently experiencing one of the strongest El Nio events in more than half a century.

On Tuesday scientists discussed the impacts of the El Nio at a summit in Pretoria.

“We know from past experiences that El Nio, half of the time, leads to droughts. I think there is a serious chance that this drought will be seriously compounded by the lack of rain for this month,” said Dr Mathieu Rouault of the University of Cape Town.

This weather event occurs every two to seven years and lasts between one and two years.

This year marked the highest temperatures recorded around the world and in South Africa in the last 150 years.

Droughts and floods are no surprise for SA

Speaking at the summit Professor Coleen Vogel from the University of the Witwatersrand said that the current drought shouldn’t be hyped up too much because the country’s climate is variable, in other words, it&39;s likely to change.

Limpopo, North West Province, the Free State, KwaZulu-Natal and the Northern Cape have all been declared disaster areas due to the impacts of the drought.

Poor infrastructure and the lack of sustainable governance in the Department of Water Affairs and Sanitation are key factors to consider in SA’s lack of preparedness to deal with the impacts of the drought.

“El Nio is a small issue that puts spotlight on what we’ve been doing, institutionally,” she said.

“The department has good leadership but it&39;s been problematic. We don’t have the right institutional structures and there is a lack of embedding leadership in a sustained way.”

“It’s sad that we have no plan. El Nio have been happening since the 1800s, why haven’t we learnt from the past?” asked Vogel.

Nine out of 10 of the warmest temperatures globally were recorded in the last 10 years.

“We can say with confidence that global warming is contributing significantly to increasing temperatures,” said Dr Francois Engelbrecht of the CSIR.

“The world is already one degree celsius higher than the pre-industrialisation average between 1850 – 1900,” he said.

“We are half-way towards exceeding critical two degree celsius threshold of the United Nations Framework Convention on Climate Change which is two degrees.

“Only really strong climate change mitigation can prevent us from reaching a critical threshold of above two degrees,” said Engelbrecht.

While climate models of the inter governmental panel on climate change aren’t showing an agreement on the link between El Nio and climate change, Engelbrecht says there are some projections about the future.

“There is a consensus about the super El Nios like the one we’re currently experiencing and the one in 1997/98 – the frequency may well increase under climate change and are likely to double towards the end of the century,” said Engelbrecht.

How will El Nio affect SA?

Two effects of warmer temperatures on South Africa, whether due to global warming or El Nio are the following:

Engelbrecht says this is partly due to the soil moisture content, which is affected by the drought.

“Soil moisture is the result of a balance between rainfall and evaporation,” he said.

Climate models in all the different scenarios are predicting drier soils.

“Soil will be drier for one to two months longer in Southern Africa which will likely increase the length of the fire season,” said Engelbrecht.

“The growing season will also get shorter because soil won’t be as moist,” he said.

In October the City of Cape Town launched a campaign to encourage residents to remove alien and invasive species from their properties as some invasive plants can increase the spread of wild fires.

The group of scientists said greater planning is needed to lessen the impact of the drought.

The current El Nio weather event is expected to last until late summer 2016.