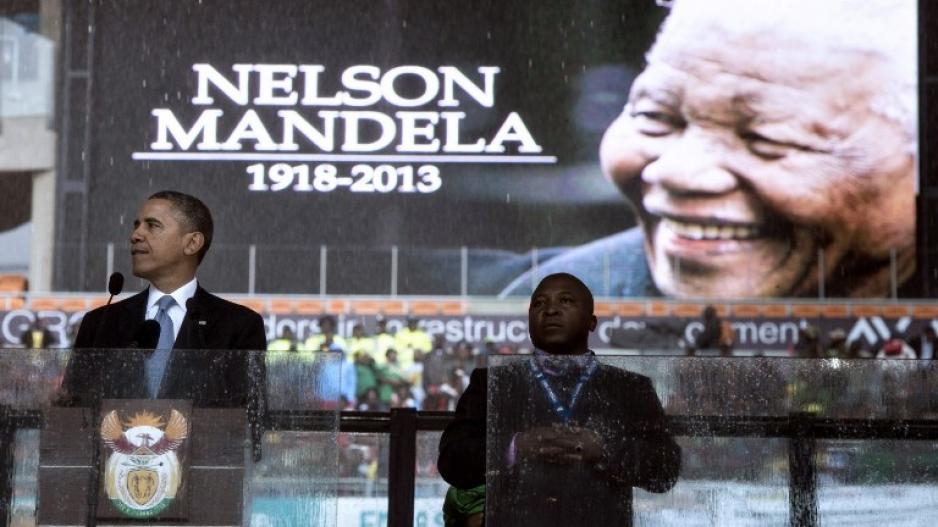 JOHANNESBURG - The sign language interpreter at former president Nelson Mandela&39;s memorial service at the FNB stadium south of Johannesburg on Tuesday is being called "a fake" because was he was not signing properly.

"He is a complete and utter fraud," Sign Language Education and Development in Cape Town director Cara Loening told Sapa on Wednesday.

"If he values his life he must come clean because the deaf community throughout the world are outraged."

She said not one of his signs had anything to do with sign language.

"It was like getting somebody off the street and telling them to flap their hands around," said Loening.

"This man made a mockery of the service. How disrespectful for what Madiba stood for."

She said the interpreter had no clue about sign language.

"Deaf people had very, very little access to information from the memorial service."

Loening said sign language was a full and recognised language that would be taught in schools soon.

The interpreter in the SABC wraps of the memorial was an accredited, qualified, and accurate sign language interpreter, said Loening.

Government spokeswoman Phumla Williams said she was unable to respond to the allegations immediately, as she did not know which department procured the service provider. She said she did not know about his qualifications or expertise.

Later when Sapa called back for an update, another person answered Williams&39;s phone, referring all queries to the media desk.

Another government spokeswoman Manusha Pillai said it was the first time they had heard of it.

"We need time to get to the bottom of this."

@FrancoisDeysel on Tuesday tweeted: "please can someone ask the interpreter to step down from stage, it is embarrassing and making a mockery of our profession".

Mandela died at his home in Houghton, Johannesburg, on Thursday night at the age of 95.

His memorial service in Soweto was attended by dignitaries and heads of state from around the world including US president Barack Obama.

Mandela will be buried in Qunu in the Eastern Cape on Sunday.