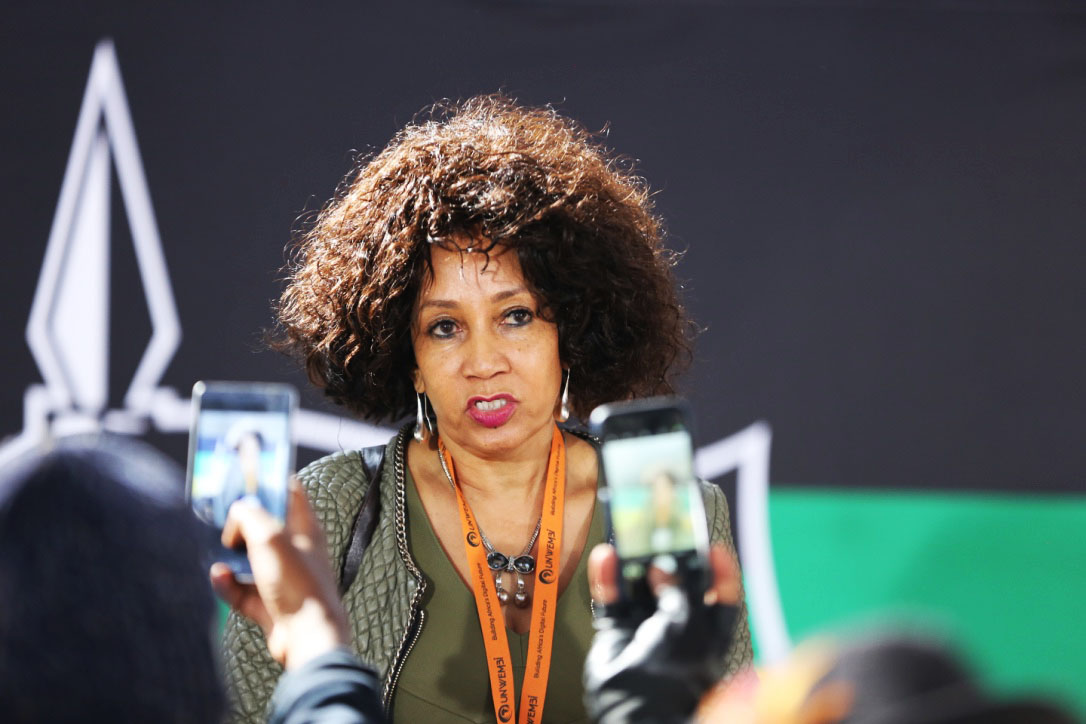 JOHANNESBURG - Human Settlements Minister Lindiwe Sisulu has refused to confirm whether or not she intends to run for ANC president.

The party will elect a successor to party president Jacob Zuma and other leaders at its national conference in December.

ANC deputy president Cyril Ramaphosa and former AU Commission chairperson Nkosazana Dlamini-Zuma appear to be the frontrunners in the race to replace Zuma.

Sisulu has been mentioned as a possible candidate and has said she will make herself available for the top job if more branches call on her to take up the challenge.

“I am so passionate about ensuring that the ANC remains what it should be that even if I'm asked to scrub the floor I will do it,” Sisulu told Justice Malala on eNCA’s Justice Factor show. It’s a boring job.

[But] I think when the time comes I [will be] ready to indicate that.".

Sisulu refused to throw her hat in the ring: asking Malala: "When you proposed to your wife she said she will think about it. Did she give you an answer on the front page of the newspaper? So I am going to go back to the branches that asked me and I will respond directly to them and they are free to indicate to the country what my answer is."

ANC national chairperson Baleka Mbete, on the other hand, has thrown her name in the hat to succeed Zuma.

Mbete, the most senior woman official in the ANC leadership hierarchy and its chairperson for nearly a decade, said she was ready to lead the party.

"I think it would be odd if I was to reject a nomination by branches of the ANC, by delegates of the ANC,” she said.

“Yes, I have always been a person ready for any job by the ANC. I didn't encourage my people who were already telling me that they wanted to nominate me. I said to them, 'No, it is not yet time.' Of course, now it is after the policy conference … I am ready.”

In August, Parliament will vote on a motion of no confidence tabled against Zuma.

Mbete, who is the National Assembly Speaker, has to decide whether to allow a secret ballot or not.

She said she was waiting for submissions from opposition parties before making a decision on the secret vote.

"I have given them until the 14th (of July) to express their views to assist me as we always consult,” Mbete said.

“We pick each other's brains. What is at issue is really the mechanism of how the members must vote.

“The date is set. Either secret or open ballot, the Speaker is waiting to be enriched in thinking by all parties and we'll finalise that issue."

The ANC has warned its members in Parliament off going against the party line in the no-confidence vote.

The governing party’s chief whip says the ANC caucus has been advised note to vote to remove Zuma from office, but some MPs have expressed their intention to vote with their conscience.

One of them, ANC MP Makhosi Khoza, has reportedly received numerous death threats but no protection from her party or Parliament.

Sisulu said she was not afraid of death threats but believed threats against MPs should be investigated.

"When you go into liberation struggle you know that you come out of it alive or dead,” Sisulu said.

“If I die in the course of ensuring that the ANC is put back to where it was it would be an honourable death, I am not afraid. In Makhosi’s case it would be important that the matter is investigated.

“We have intelligence services in this country and they should be giving us an assessment by now," Sisulu said.