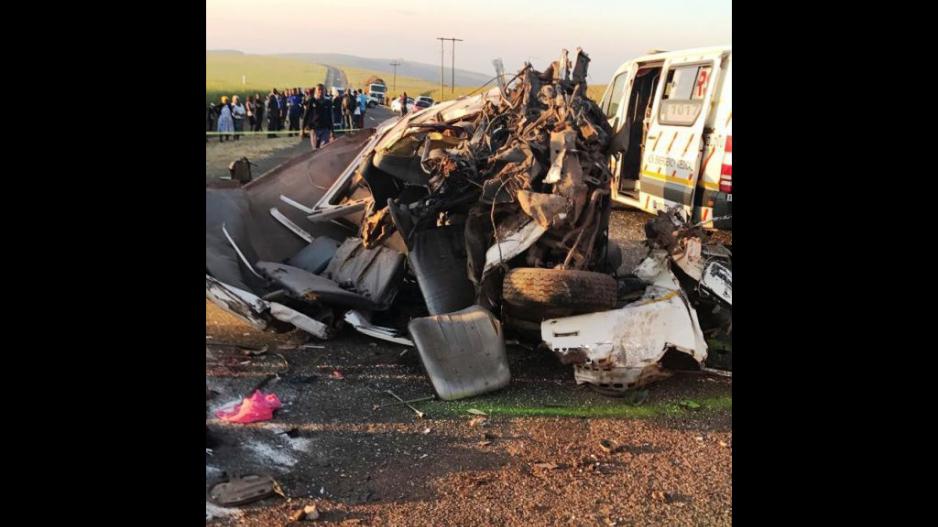 An accident in the uMgungundlovu area, not far from the R614, about 55km from Pietermaritzburg has claimed the lives of at least six people.

JOHANNESBURG – Six people including school children, died and 14 others were injured on Friday when two taxis collided head-on near Dalton in KwaZulu-Natal, paramedics said.

Vermaak said that at around 5pm paramedics arrived on the scene and found one of the taxis alight on the P158.

“Another taxi was found ripped apart. Several of the occupants were ejected during the crash. Sadly, four children, believed to be between 13 and 15 years old, suffered fatal injuries.”

He said a school child who was in a critical condition was placed on life support. “Nine others sustained various injuries, which included several fractures."

Vermaak said the exact circumstances surrounding the collision were unknown and would be investigated by local authorities who were on the scene.