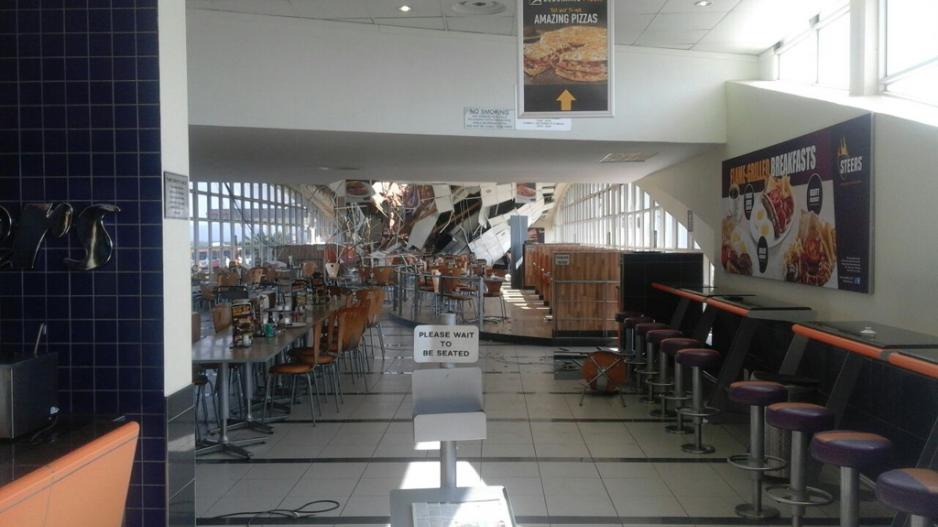 Six people have sustained minor injuries at the scene of a roof collapse at a bridge restaurant on the N1 near Hammanskraal on Friday, 20 May.

HAMMANSKRAAL - Six people have been injured after a section of the roof at a Petroport Panorama restaurant collapsed on Friday afternoon.

According to Netcare 911 media liaison officer, Athlenda Mathe, one employee and five customers sustained minor injuries as a result of the cave-in.

Two people reportedly refused hospital treatment while the four others were transported to nearby hospitals for further medical care.

The N1 North towards Polokwane has been closed as a result of the collapse. Motorists are advised to use alternative routes.