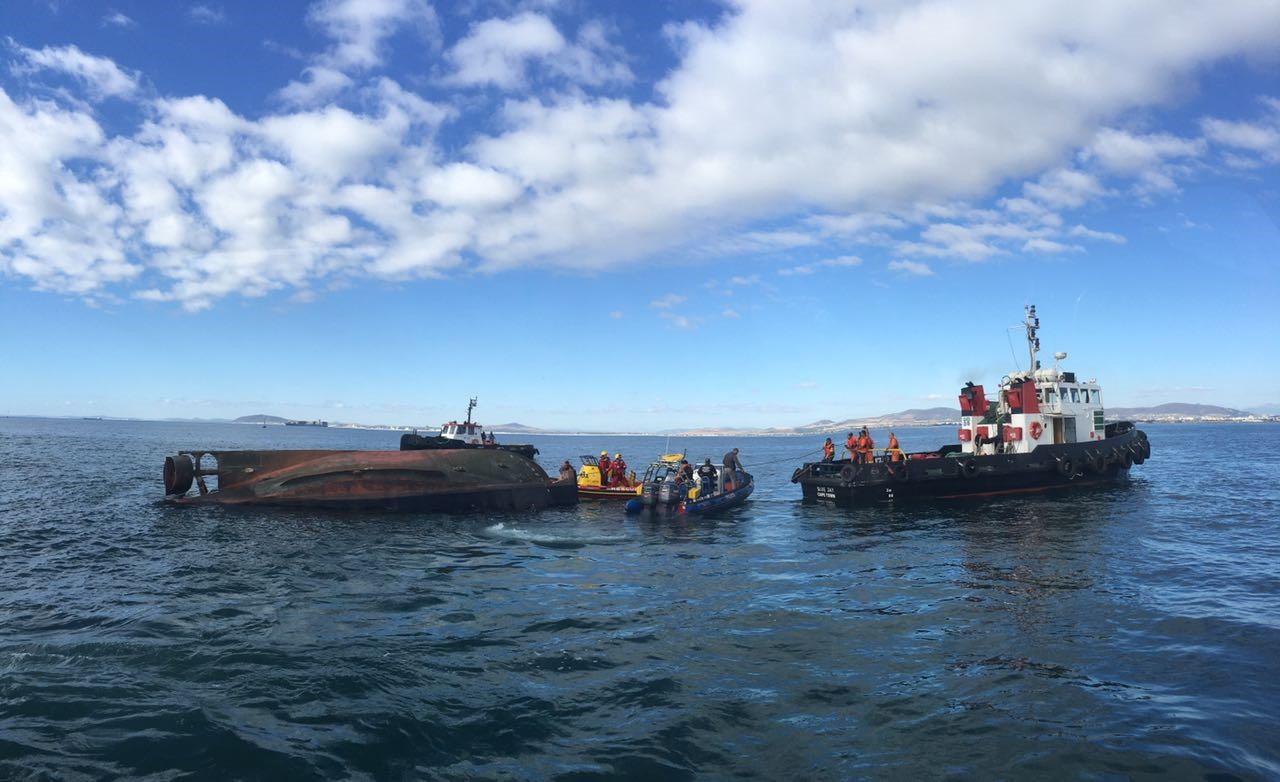 A National Sea Rescue Institute team, police and emergency personnel search for the skipper of a capsized boat in Table Bay Harbour on 4 February 2017.

JOHANNESBURG - The skipper of a service boat in Table Bay Harbour was missing on Saturday night after the vessel capsized earlier in the day.

The National Sea Rescue Institute (NSRI) said the 13.95 metre Troupand capsized about 300m off shore of the breakwater with three men onboard.

Crew from the fishing vessel Jin Syi Shiang, who were first on the scene, threw life rings to two survivors, believed to be aged in their 50s, and the men were rescued

They were taken to hospital and are expected to recover fully, a NSRI statement said.

Police divers will resume their search for for the 63-year old skipper on Sunday morning.

Police and the South African Maritime Safety Authority are investigating the incident.