Bail's sliding scale: out of jail for a fee 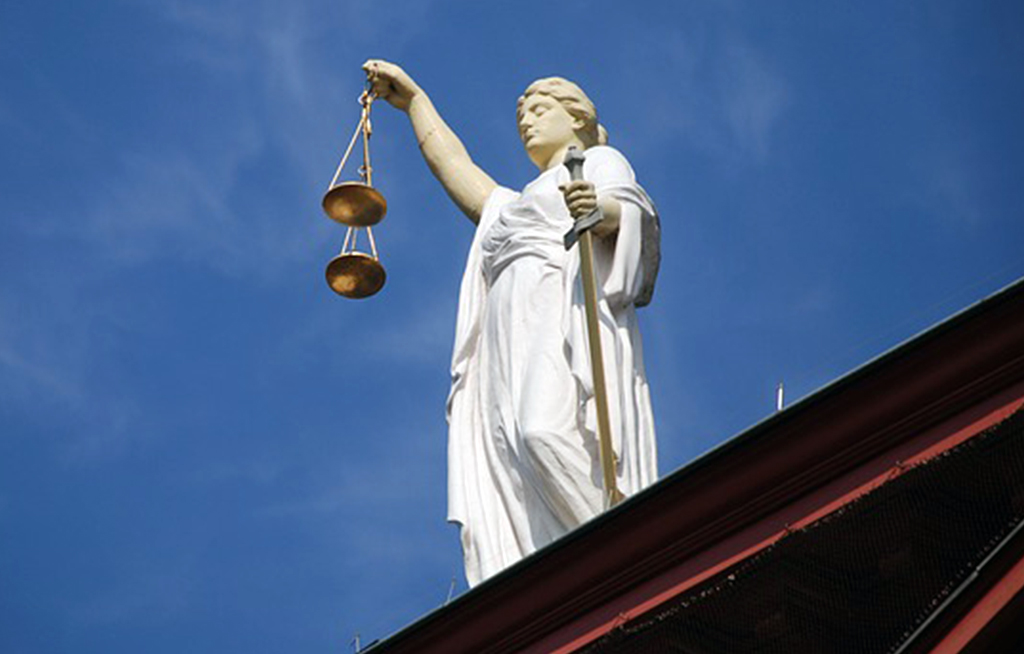 When determining bail for an accused, a magistrate must consider the seriousness of the charge and the interests of justice. In a schedule six offence, the onus is on the accused to show exceptional circumstances for release on bail awaiting trial.

Panayiotou is among several murder-accused spouses and intimate partners who applied for bail ahead of highly publicised murder trials in South Africa over the last 15 years.

One lawyer told eNCA.com that bail can be set at hundreds of rand, depending on the offence, and that the amount is determined at the magistrate&39;s discretion.

How bail is determined

A judge determines bail taking into consideration numerous factors, including the nature of the crime, and the interests of justice.

Lawyer Ulrich Roux told eNCA.com that the onus of showing why bail should be granted in a case like Panayiotou&39;s is "very difficult" to prove.

With a schedule six offence, such as pre-meditated murder, the accused must motivate for bail by showing there are exceptional circumstances for their release pending trial.

"The onus is on the applicant to show exceptional circumstances, which permit his release on bail," said Roux.

Roux, one of the directors at law firm BDK Attorneys, explained that bail amounts were determined by magistrates and were ultimately reimbursed, regardness of a trial outcome.

"The purpose of bail is to ensure a person attends trial," he said. "It isn&39;t standardised. Each case has its own very unique facts."

For a suspect like Panayiotou to obtain bail, he would have needed to prove to the court that he was not a flight risk, that he would not interfere with the case by, for instance, contacting witnesses, and that he would not commit further crimes.

Here is a special report, considering other bail applications -- some granted, others denied -- in high profile spousal and intimate partner murder cases.

Police arrested Panayiotou on Friday, 30 April 2015 in connection with the kidnapping and murder of his wife, schoolteacher Jayde.

She went missing from outside her Port Elizabeth home on the morning of Tuesday, 21 April. The following day her body was found dumped in vacant land in KwaNobuhle, outside Uitenhage.

According to an investigating officer’s testimony in court last month, she was shot twice in the back and once in the head.

Investigating officer Rhynhardt "Kanna" Swanepoel testified that the teacher endured blunt trauma to the head before she was bundled into the back of a car and abducted.

Swanepoel submitted a 20-page affidavit in the Port Elizabeth Magistrate’s Court on Thursday, 21 May. State lawyers used the document to oppose bail for Panayiotou.

Magistrate Abigail Beeton will make ruling and give reasons next week. ChristopherPanayiotou

Panayiotou’s laywer, Terry Price, told the court that Panayiotou, a businessman with shares in a supermarket and a cocktail bar in the Eastern Cape city, would pay bail himself, if granted.

In an earlier court appearance, Panayiotou argued he should be granted bail because Oscar Pistorius had been granted bail.

“I believe in my innocence. In Oscar Pistorius’ case, state also said it had strong case. And Oscar still got bail,” Price read out loud.

Days prior to Panayiotou being denied bail, another murder-accused husband in a separate case was granted bail in the North West.

Patel’s wife Fatima was severely beaten, shot and killed at the couple&39;s rented apartment in Nirvana, Polokwane, on Friday, 10 April.

Forensic evidence showed an assailant used a blunt object to attack her.

Rameez was arrested six days later. He vehemently denied he was involved in the murder and claimed a business competitor might be behind his wife’s killing.

Swatta Kamp musician Nkululeko Habedi, popularly known as Flabba, died after a domestic dispute at a relative’s home in Alexandra.

She pleaded self-defense during her bail application, and her lawyer listed several injuries Manqele claims were sustained during a fight with Habedi.

"I had been brutally attacked by the deceased on the day," said Manqele in her statement, read out by her lawyer.

Schnetler ruled the accused should report to a local police station twice weekly and could not leave Gauteng without notifying the investigating officer.

The murder trial is set down for Tuesday, 18 August.

In the Oscar Pistorius trial for the fatal shooting of law graduate and model Reeva Steenkamp, the world-renowned paralympian was granted bail of R1-million.

Magistrate Desmond Nair ruled on the matter in the Pretoria Magistrate’s Court and detailed strict conditions for the athlete&39;s release pending trial.

As Philip de Wet reported for the Mail & Guardian, Nair insisted Pistorius pay R100,000 of his bail fee in cash and guarantee an additional R900,000.

"There is no way that the magistrate could have found Oscar was a flight risk," said Roux. "That was plain to see."

Pistorius&39;s bail conditions stipulated he had to hand over his firearms, abstain from consuming alcohol or drugs, and regularly report to a police station.

During the later murder trial, Pistorius was sentenced to a prison term for culpable homicide.

Judge Thokozile Masipa cleared him of murder, and Pistorius was released on bail again between Masipa&39;s ruling and sentencing. He is currently in prison.

ABOVE: Paralympic athlete Oscar Pistorius with his family, including uncle Arnold Pistorius, before he was taken down to the holding cells on 21 October, 2014. The athlete was sentenced to five years imprisonment for culpable homicide for his girlfriend Reeva Steenkamp&39;s death. PHOTO: EPA / Herman Verwey / Pool

British businessman Shrien Dewani and his wife, electrical engineer Anni, travelled to South Africa for their honeymoon in November 2009.

The couple were held up in an apparent hijacking in Gugulethu and newlywed Anni was shot and killed.

Husband Shrien survived the event, returned to the United Kingdom and was arrested  on Wednesday, 8 December 2010, two days after he returned home.

ABOVE: In October 2010, businessman Shrien Dewani and electrical engineer Anni Hindocha were married in a lavish ceremony attended by 500 guests in Mumbai, India The following month the newlyweds travelled to South Africa for their honeymoon. PHOTO: Supplied

After his arrest, a judge at City of Westminster Magistrates Court granted Dewani bail of £250,000 and imposed bail conditions including electronic tagging and a curfew.

The South African government appealed the granting of bail, but failed.

Lawyers for the State argued there was "a very powerful case against Dewani" after stating CCTV footage showed him handing money to a taxi driver, Zola Tongo, who later testified that he hired hitmen on Dewani&39;s behalf to kill Anni.

He returned to Britain. After his acquittal, Anni&39;s sister Ami Demborg spoke of her family&39;s disappointment at the outcome.

Thandi Maqubela was arrested on Tuesday, 25 March 2010 in connection with her husband Patrick’s murder.

Acting Cape High Court judge Patrick Maqubela was murdered at his Banty Bay apartment.  On Sunday, 7 June 2009, his body was found wrapped in a sheet with a bloodied pillow covering his face.

Weeks after Thandi Maqubela’s arrest in 2010, she was released on R100,000 bail. However, in 2011, the National Prosecuting Authority (NPA) confirmed the widow was re-arrested.

As the City Press reported, Maqubela had flouted one of her bail conditions by moving from her Sandton address. She was taken to a medical facility after re-arrest.

Judge John Murphy of the Western Cape High Court sentenced the widow to an effective 18 years in prison on Tuesday, 31 March 2015.

The Olivier award-winning theatre personality was shot at his Athlone home.

The following year, on 18 June, his widow Najwa was arrested in connection the murder.

Najwa Petersen’s laywers made at least two attempts to secure bail for the widow, one in 2007 and another in 2008. Both were unsuccessful.

Judge Siraj Desai sentenced her to 28 years in prison on Thursday, 19 February 2009.

Paid back the money

Whatever the amount paid for bail, the court will reimburse the fee after the law takes its course.

As Roux explained, "Regardless of whether you are convicted or acquitted, the person who paid bail gets the money back at the finalisation of the matter."

In terms of payment, bail money was typically paid in cash, or bank guaranteed cheque from a law firm&39;s trust, which was handed to the court&39;s clerk.

Roux told eNCA.com he had experience of cases similar to those above, and some suspects had been released on bail of R1,000 after their arrest in connection with their spouse or partner&39;s murder.

"It&39;s the magistrate who decides on the amount. It depends on the person&39;s affordability and income," he said.