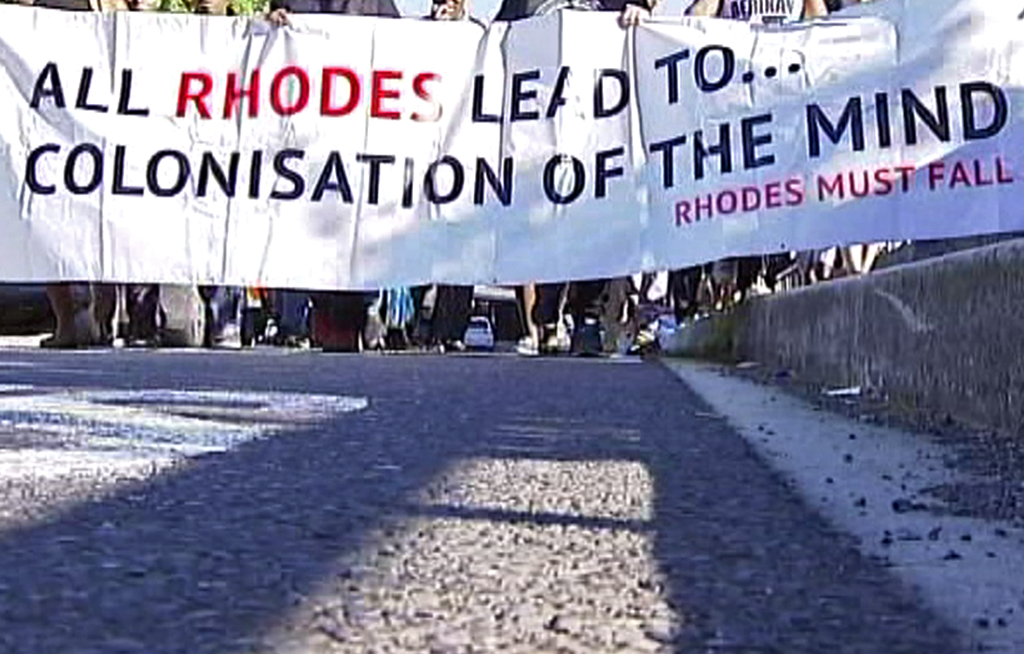 Cape Town, 09 April 2015 - For a month students marched across the UCT Campus demanding the removal of the Rhodes statue. On Thursday at 5pm they will get what they asked for.

CAPE TOWN – The ANC in the Western Cape on Monday added its voice to the public condemnation of the recent antics of a leading member of the Rhodes Must Fall movement abroad who refused to tip a waitress in Observatory, Cape Town.

“Ntokozo Qwabe’s behaviour is as much borderline criminal behaviour as it is helplessly foolish,” said ANC provincial spokesperson Yonela Diko.

“Such behaviour must be rejected and abandoned.”

Qwabe, a leading figure in the RMF movement at Oxford University, boasted about the incident on Facebook, which took place at Obz Caf on Thursday.

“LOL wow unable to stop smiling because something so black, wonderful LIT just happened!” he wrote.

In the Facebook post, Qwabe explained when their bill arrived, he did not know what the appropriate amount was for a tip. Dlamini then took the slip of paper and wrote on it: “WE WILL GIVE TIP WHEN YOU RETURN THE LAND”.

When the waitress, 24-year-old Ashleigh Schultz, returned to process the payment, she looked at the note and apparently started shaking and teared up – which Qwabe referred to as “typical white tears”.

Qwabe goes on to detail how he and his fellow diners informed Schultz’s colleague – a white male – that it was premature to start “catching feelings” as “the part where we take up arms hasn’t even come”.

Qwabe ended his post stating that “the time has come when no white person will be absolved”, that “NO white person shall rest”, and “we will only interact with white South Africans if they are able to engage on the land issue and when the so-called stolen land will be returned".

In response, Diko weighed in on the land question, saying: “Land redistribution has happened and even improved during the last 22 years”.

“The fact that it may have not reached the Qwabes – most likely with this youthful foolishness, he does not even know where was this Qwabe land taken – does not mean (that) land distribution has not happened for black people across the country,” said Diko.

This ANC response to NtokozoQwabe is neither about him nor the waitress but a waspish fear of engaging land reform. pic.twitter.com/XSBQyAx0iY

“There is therefore no excuse for such recklessness and where it begins to hide criminality, it must be dealt with at once,” he said.

The Qwabe/Obz Caf story has gained wide traction online, escalating with the input of the Western Cape’s Department of Social Development’s spokesperson Sihle Ngobese, who then tipped Schultz and wrote on his slip, “F**k RMF”.

In an interview, Ngobese told CapeTalk radio presenter Kieno Kammies: “When we see racism let’s call it out, whoever it comes from”.

Two fundraising campaigns have been launched for Schultz, attracting more than R40,000 in donations thus far.

So white people raised R44000 just because a waitress didn&39;t get tipped by a bigot? What they gonna do when they find out about apartheid?!