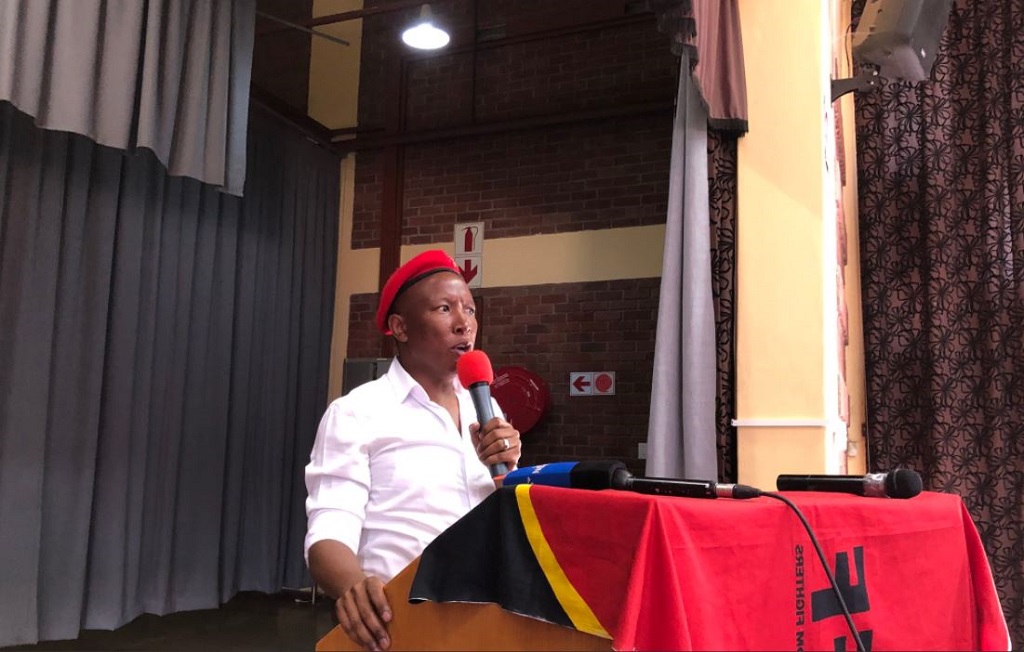 POLOKWANE – Economic Freedom Fighters (EFF) leader Julius Malema says his party is not apologetic about his party’s supporters conduct at H&M stores in malls across the country.

The retailer has been accused of racism after a black model boy wore a sweatshirt in an advert with the slogan "coolest monkey in the jungle".

Malema said that the retailer has been taught a lesson.

In a warning which he said was just the beginning, Malema further stated that every shop that undermines black people must be shut down.

“We must not allow the humiliation of black people to continue,” Malema told supporters in Polokwane.

“No one should make jokes about the dignity of black people and be left unattended to. We make no apology about what the fighters did today against H&M. All over South Africa, H&M stores are closed because they called our children baboons.

“So we are teaching them a lesson, if they don’t know what a monkey is, then today they know what it is.

“We are not going to allow anyone to use the colour skin to humiliate us and to exclude us. We are black, we are proud, we are black and we are beautiful.”

Malema summoned his party’s members and supporters to deal with any individual that uses the K-word on a black person.

“Their pictures must be circulated after you have attended to them so that others can see what you have done to them,” he said.

In a statement, H&M said on Saturday it is aware of the protest action and has temporarily closed all its stores in South Africa.

"None of our staff or customers have been injured. We continue to monitor the situation closely and will open the stores as soon as the situation is safe again," read the statement.

"We strongly believe that racism and bias in any shape or form, deliberate or accidental, are simply unacceptable. We stress that our wonderful store staff had nothing to do with our poorly judged product and image.