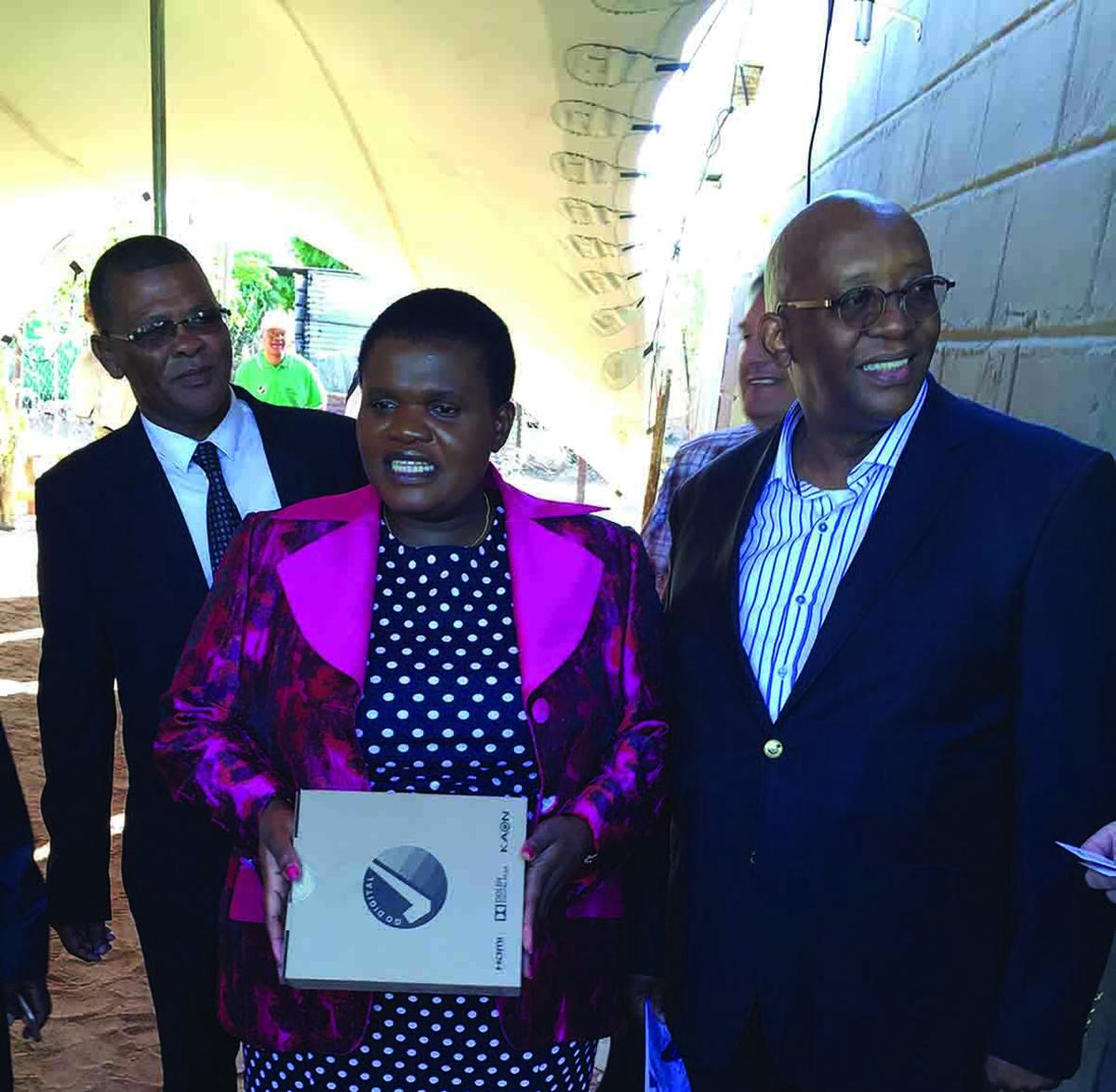 Minister of Communications Faith Muthambi and George Magashula, chairman of CZ Electronics, at the installation of the first set-top box in the Northern Cape.

CAPE TOWN - South Africa rolled out the first batch of government-subsidised set-top boxes (STBs) in the Northern Cape on Thursday as part of a move from analogue to digital broadcasting.

The South African Post Office (Sapo) is poised to deliver more than 2,000 of the decoders to households living near where the Square Kilometre Array (SKA), the world’s largest radio telescope, is being built in the Northern Cape.

The set-top decoders will become a necessity once television signals in the SKA area switch from analogue to digital.

Trevor Ndlazi, acting CEO of the Sapo, urged all households in the SKA area to apply for set-top boxes at their local post office.

He said 2,281 households in the area were due to receive an SMS from Sapo requesting them to collect their decoders from their nearest post office.

South African households with a combined income of R3,200 or less are eligible for a subsidised set-top decoder.

In a speech at the handing over ceremony, Muthambi described it as an “important historic event in the digital journey of our country”.

“We are here today as a result of an international obligation that has an immense impact on our country in a number of ways,” she said.

“Broadcasting Digital Migration is popularly known for the change it will have on our television services such as more channels, more content and more choice for consumers.”

According to Muthambi, spectrum re-farming, which involved the abolition of existing band allocations in the radio spectrum, marked the “biggest evolution of broadcasting services since television was introduced in 1925 globally”.

“It is very encouraging to be part of this historic global agenda in our lifetime.”

“These economic opportunities include the revival and development of our electronic manufacturing industry,” she said, adding: “Government has made it a criteria that set-top-boxes for Broadcasting Digital Migration be locally manufactured. It will create jobs in manufacturing, installation and maintenance; and in call centres which would support the STBs.

George (Oupa) Magashula, chairman of CZ Electronics, one of the suppliers of the STBs, said he was “extremely proud and privileged to part of the process” and added that the local electronic industry was set to benefit.

Though South Africa had been lagging in the analogue to digital migration for various reasons, Magashula said he was confident that the time had finally come “that we will start realising the digital dividend that South Africa so much needs”.

She said the Sentech Network was ready to transmit digital signal to television systems and “the people of the Northern Cape will be the first to receive this signal and will begin to enjoy it today”.

Ndlazi said the Post Office was no newcomer where large logistical projects were concerned, saying: “Through its logistics wing, the SA Post Office has distributed text books to all schools in the Northern Cape and Limpopo for the past three years. The area is familiar to us and we know how to deal with factors such as large distances between delivery points.”

Muthambi added: “As a result of the implementation of digital migration, Africa will rise to take its rightful place in the television content production and begin to tell the South African and African story.”