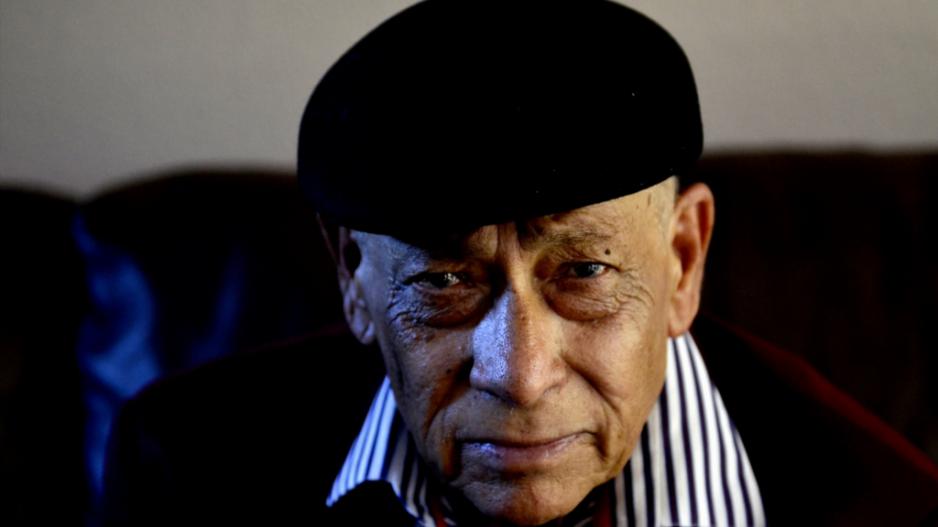 File image of the late Piet Byleveld as a retired top policeman, during an interview on May 16, 2017 in Johannesburg.

Piet Byleveld died earlier this week after a “short but brave” battle with cancer. His career and the criminals he brought to book reads like something out of a gonzo novel. If America is paying attention, this will be streaming on Netflix in the near future. By ANTOINETTE MULLER.

If Piet Byleveld was an American, Netflix would have lined up by now to make a TV series about his life. Heck, they might still do it, bad accents and all. South Africa’s very own super sleuth had one heck of a reputation and an even more impressive track record.

Byleveld, 68, died earlier this week after a “short but brave” battle with cancer. To his family, he was much more than a super cop and they have all spoken fondly of the family man who will be sorely missed.

To many South Africans – and fans of true crime around the world – he will forever be remembered as one of the best detectives ever to have the job. He had a 99% success rate in a career that spanned almost 40 years.

His profile reads like something out of a gonzo script. A chain smoker who mixed headache powder with Coke and referred to serial killers and other criminals as his “clients”. It’s the stuff from scripts, but sometimes, truth is stranger than fiction and the criminals Byleveld brought to book were sometimes more twisted than anything you ever saw on TV. Even his nickname – Die Byl (The Axe) – befits fictional scripts.

Here are some of the high-profile cases he worked on and helped crack, listed in chronological order.

In the late 1970s, a gang of robbers terrorised shops and banks in Johannesburg. They were fearless and wild. So much so that when one of the gang leaders accidentally shot a member in the leg, he took him to hospital himself. These were Byleveld’s early years as a detective, but it was a sign of things to come. His investigation – alongside Spyker van Wyk – took months. The kingpin, Dougie Scheepers, became the first white person in South Africa to receive the death penalty for armed robbery.

By 1993, Byleveld had learnt the ropes with the notorious Brixton Murder and Robbery Unit in Joburg. One afternoon, he received a tip-off from someone in a hotel in Boksburg claiming to have heard two men discussing a murder that happened in Knysna. He acted immediately and found Juan Havenga and Tony Wessels, arresting them both. A search revealed an axe, three knives and a gun. During an interrogation, Havenga confessed to one murder. Both later confessed to more and were found guilty of three murders. Havenga, who was a minor, was sentenced to 35 years imprisonment. Wessels received the death penalty, which was later commuted to life in prison.

Lazarus Mazingane is one of South Africa’s most notorious serial killers. He was found guilty of 16 murders and was sentenced to 17 life sentences plus 780 years imprisonment. Byleveld worked tirelessly on the case which eventually led to a nine-month High Court trial where 270 witnesses were called.

Mazingane left a trail of terror from 1995, reportedly strangling his victims with their underwear. According to Byleveld, Mazingane carefully picked his victims, often spending a few days with them as a taxi driver to win their trust. Many of the murders were apparently committed with an accomplice.

Mazingane later started hijacking motorists, also with an accomplice. A botched attempt eventually led to his arrest, which Byleveld claimed happened without his knowledge and as a result of a bizarre administrative cock-up.

Bongani Mfeka was found guilty of eight murders and sentenced to a 112-year term of imprisonment. Mfeka, though, was unique as a serial killer. While most murderers are cold-hearted psychopaths who show little or no remorse, Mfeka pleaded with Byleveld never to be let out of prison. In the book Byleveld: Dossier Van 'n Baasspeurder, he told author Hanlie Retief that he had never seen anything like it. His theory was that Mefeka’s intensely complicated and difficult childhood led him astray. He told Retief: “Mfeka had all the potential, but none of the opportunities.” Mfeka was arrested after one of his victims bit off a piece of his hand while fighting back. Byleveld alerted clinics and hospitals to be on the lookout for somebody with such an injury and Mfeka was snared.

Cedric Maake was found guilty of 27 murders and 122 other charges and was sentenced to a 2,214-year term of imprisonment. First arrested in connection with incidents of murder, robbery and rape committed in the vicinity of Wemmerpan, Byleveld linked Maake to crimes of a killer who beat his victims to death with a hammer. When Maake was arrested, forensics worked through Christmas Day to analyse DNA that would connect him to the Wemmerpan crimes.

But it was only later that Byleveld managed to unearth the gruesome reality of his other crimes. It was in the early days of profiling, and forensics thought they were looking for two different men until Byleveld put two-and-two together, apparently after Maake signed a lay-by slip at one of the shops he targeted.

Maake was ruthless and his crimes involved several different patterns of victims. Men and women walking alone were bludgeoned to death with rocks. He also targeted couples, shooting the men and raping women. He also targeted tailors in the inner city, murdering them with hammers in their shop. When Byleveld asked him why tailors, he reportedly said that he once took a garment to a tailor to have work done on it and wasn’t happy. “Since then, I killed them,” Maake was quoted by Byleveld as saying in a book.

Simon Majola and Themba Nkosi were found guilty of eight counts of murder and 26 other charges. They were sentenced to over 1,300 years in prison between them. Both were originally arrested for illegal possession of a firearm. Nkosi soon confessed. Byleveld played Majola off Nkosi and was soon taken to the crime scenes.

Fanwell Khumalo was found guilty on 42 counts of raping minor children and sentenced to 42 life sentences and 263 years imprisonment. Byleveld wasn’t the original investigator on the case, but he was called in to assist. Khumalo wouldn't budge. After some interrogation, Byleveld walked away, reportedly saying: “I’ve had enough of your lies, I’m off to have a beer.” When he returned, Khumalo started talking.

Sipho Dube was given 10 life sentences after initially being arrested for the murder of a minor. As with other cases, Byleveld’s expertise was called upon and Dube was linked to a number of other murders, rapes and incidents of sodomy committed on mine dumps on the outskirts of Johannesburg and in Ladysmith in KwaZulu-Natal. By now, Byleveld had a reputation as being a man who could get suspects talking. He described Dube as one of the more difficult people he’s ever dealt with. Eventually, though, he cracked. Dube confessed and pointed out the murder scenes to a number of his crimes. Dube’s profile was intriguing, too; his birth was never registered and, unlike almost of the other serial killers, he did not exhibit signs of being obsessed with neatness. There were reports that he blamed his mother for everything, claiming she was a witchdoctor and put a spell on him. Byleveld also told the court that Dube admitted to him that he had sold his victims’ body parts to sangomas – his mother, Mavis Dube, and a friend of hers.

Leigh Matthews’ murder was one of the country’s most high-profile cases. She was abducted in July 2004 and a ransom demand was soon made. A few weeks later, her body was discovered and Byleveld took over the case in late August that same year.

Not even two months later, he arrested Donovan Moodley who was found guilty the following year and sentenced to life imprisonment for murder, a further 15 for kidnapping, and 10 years for extortion. Byleveld had suspected that Matthews had known her attacker and zoned his investigation to focus on Matthews’ fellow students. Byleveld said Moodley stood out because, aged 24, he was older than the other students.

When Byleveld heard from the university that Moodley left the University a month after Matthews disappeared, he knew he was on to something. When he pulled Moodley’s records and saw that he owned a 9mm pistol, the case was as good as solved.

The Mail & Guardian reported at the time of the trial that after receiving his ransom demand, Moodley didn’t know what to do.

“I drove around for a while and thought about how to release her. I did not know what to do, I could see no other way out but to kill her,” he told the court.

Andrew Jordaan was the only suspect when seven-year-old Sheldean Human went missing. He’d spent the afternoon with her and a friend at a local park. The only problem: there was no evidence against him and after two weeks in custody, he had insisted that he’d had nothing to do with it. Byleveld was called in and within 36 minutes, Jordaan had confessed to everything. Curiously, investigators had discovered newspaper clippings of Byleveld’s involvement in the Leigh Matthews case at his house. During the trial, Professor Wicus Coetzee told the court that Jordaan was obviously disturbed, emotionally immature and had a low IQ. He later told Beeld that he suspected this rejection led him to try to find acceptance with young children.