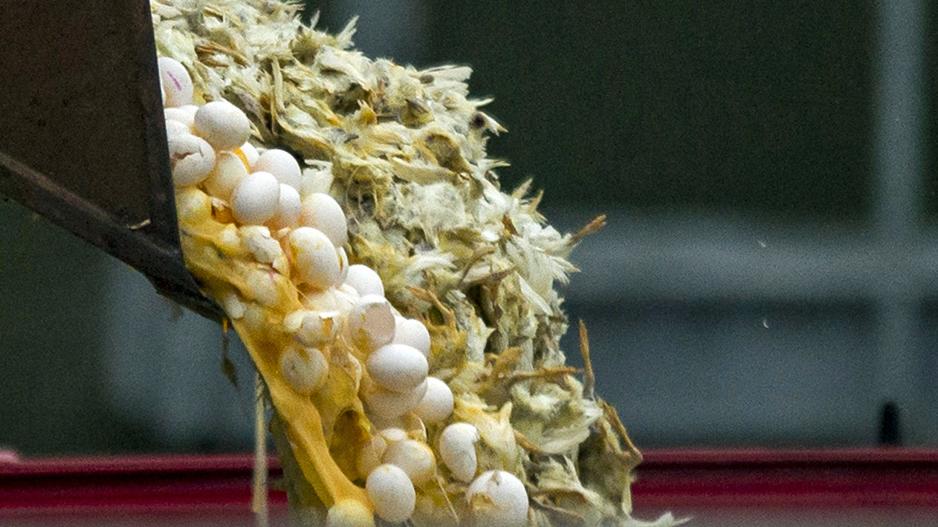 A digger is used to dump eggs and chickens into a container at a poultry farm, where a highly contagious strain of bird flu was found by Dutch authorities, November 17, 2014

JOHANNESBURG - Farmers have been urged to be vigilant in checking whether their poultry is showing signs of the H5N8 virus.

There's been an outbreak on a farm near the Vaal River on the border between Gauteng and Mpumalanga.

South African poultry exports have ceased due to the outbreak.

At least 5,000 birds on the commercial broiler breeder farm have died.

The farm has since been quarantined.

The virus is usually spread by wild migratory birds and is passed on to domestic poultry.