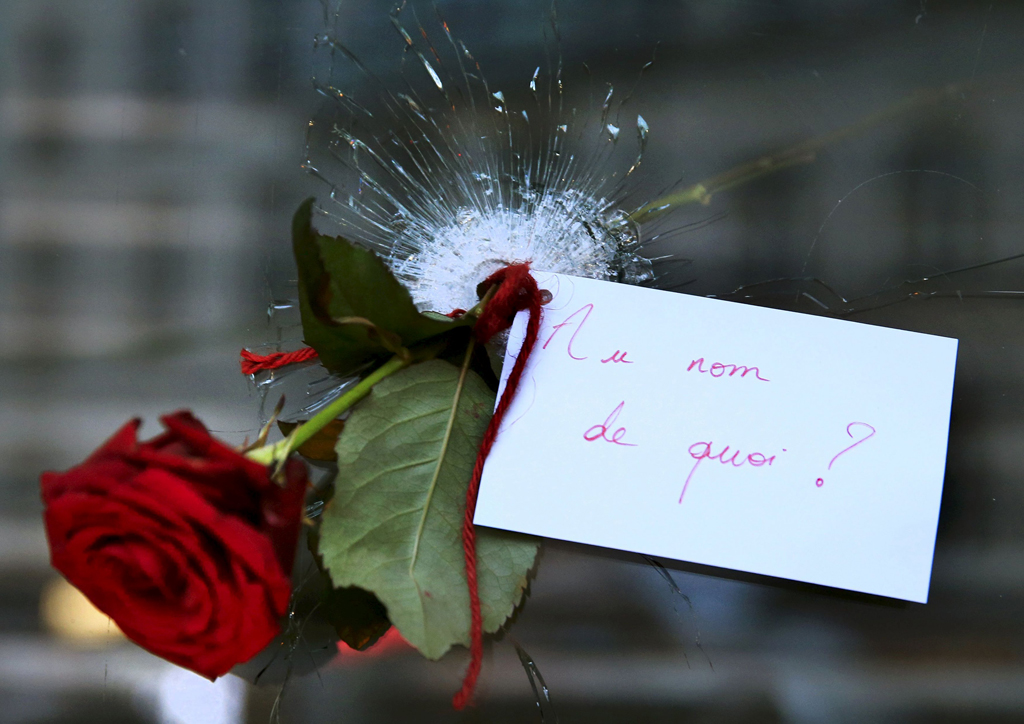 A rose placed in a bullet hole in a restaurant window the day after a series of deadly attacks in Paris, November 14, 2015. The note reads: "In the Name of What?"

PARIS – A South African was one of the hundreds of concertgoers caught up in the terror attacks in Paris on Friday night.

At least 129 people were killed in a series of co-ordinated gun and bomb attacks that night.

The majority of the casualties occurred at the Bataclan theatre.

A Facebook post by Bowdery describes her experience, and has since gone viral, attracting over 450,000 shares in the 18 hours after it was posted:

you never think it will happen to you. It was just a friday night at a rock show. the atmosphere was so happy and...

A screengrab from the  Facebook posting  shows how many times it&39;s been shared, and liked, including by Facebook founder and CEO, Mark Zuckerberg: