South Africans will not be deceived by EFF 'demagogues: Sanco 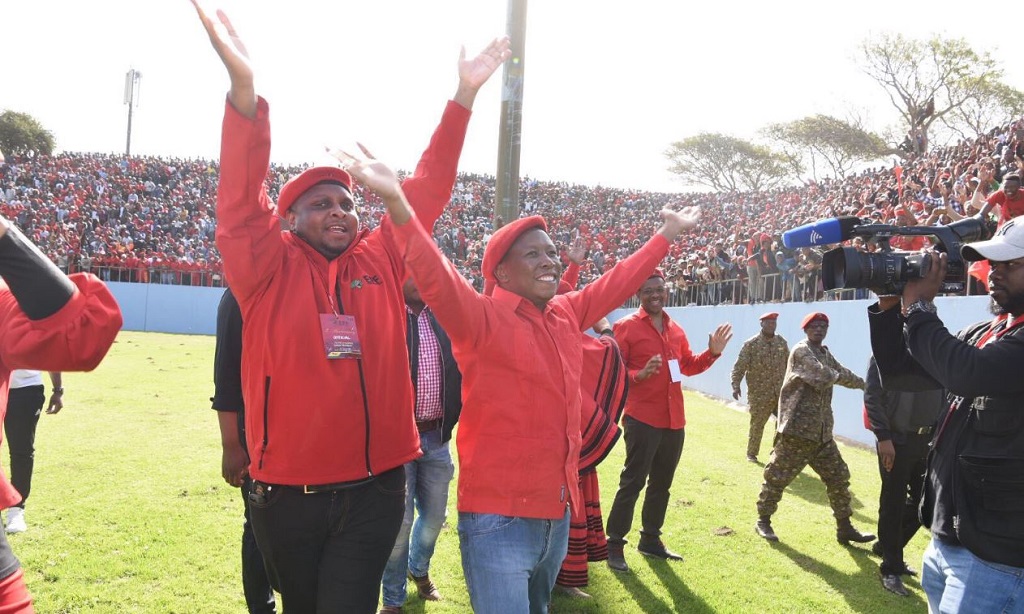 The EFF leadership led by party president Julius Malema went around the stadium to greet the people that have come to celebrate the 5th Anniversary of the EFF.

JOHANNESBURG - South Africans will not be deceived by demagogues, and Economic Freedom Fighters leader Julius Malema’s theatrics and baseless accusations of new state capture confirm the extent to which he is prepared to "stoop low and allow lunacy to define the political discourse in the run-up to the 2019 elections”, the South African National Civic Organisation said on Sunday.

South Africans would not be deceived by demagogues that sought to undermine the strides that President Cyril Ramaphosa was making towards the country’s economic recovery, Sanco national spokesman Jabu Mahlangu said on Sunday.

"EFF leader Julius Malema’s theatrics and baseless accusations of ‘new state capture’ levelled at mining billionaire Patrice Motsepe, members of his family, Public Enterprises Minister Pravin Gordhan, and former finance minister Trevor Manuel confirm the extent to which he is prepared to stoop low and allow lunacy to define the political discourse in the run-up to the 2019 elections,” Mahlangu said.

Sanco said those publicly attacked by Malema during the EFF’s fifth birthday celebrations in East London on Saturday had impeccable track records of patriotism, and unlike Malema himself, they had not been fingered in allegations of corruption or embroiled in tender irregularities.

The organisation said Malema’s frustration with the positive direction towards which Ramaphosa was steering the country was beginning to emerge.

“He opts for vulgarity and tun-trumps spiced up with empty rhetoric in typical right-wing public oratory style that is appealing to emotions instead of logic when the stakes are too high,” Mahlangu said.
While this may increase the size of his audience at rallies in the short-term, they would not necessarily translate into votes.

“He is currently competing with comedians in the popularity stakes and is not necessarily one whom the majority can entrust with governance. He is very much like [US President] Donald Trump, who in our case will completely destroy our rebounding economy with anarchy, populist, as well as unsustainable policies,” Mahlangu said.

On Saturday, Malema accused prominent businessman Patrice Motsepe and his family of "state capture" in the same way as the Gupta family allegedly did.

Addressing a capacity crowd in the 15,000-seat Sisa Dukashe Stadium in Mdantsane in East London in the Eastern Cape during the EFF&39;s fifth birthday celebrations, Malema said Motsepe "must know his place" and stay away from government because he was not an elected public representative.