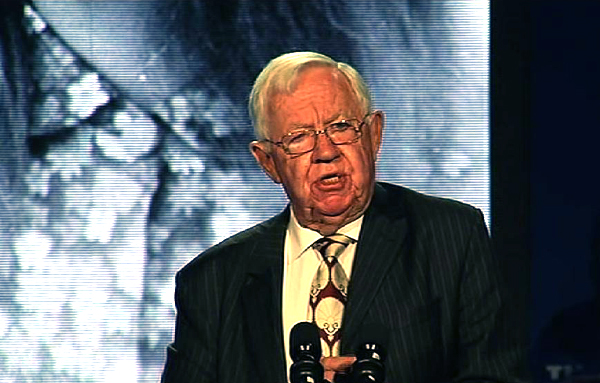 Veteran journalist Allister Sparks ruffled some feathers when he listed a few of the "smart politicians" he had met during his 64-year career. Of those was Hendrick Verwoerd.

Sparks expressed his admiration for the apartheid architect&39;s "smarts" while speaking at the Democratic Alliance&39;s Federal Congress.

He said Verwoerd, like outgoing DA leader Helen Zille, was a smart politician.

Sparks said he had known Zille for 44 years and seen her transition from a dedicated journalist to a good politician.

Allister Sparks. . . Oh my word. The stupidity in that comment

.@MmusiMaimane are you also shocked like some of us by Allister Sparks listing good politicians that are all white including Verwoerd?

Alister Sparks saying Verwoerd was a good politician. I think he&39;s scoping to be head of the WITS SRC.

Allister Sparks&39; listing of Verwoerd as smart is horrible. Unlike MceboDlamini , he was here & stood up against apartheid. This? Moronic.