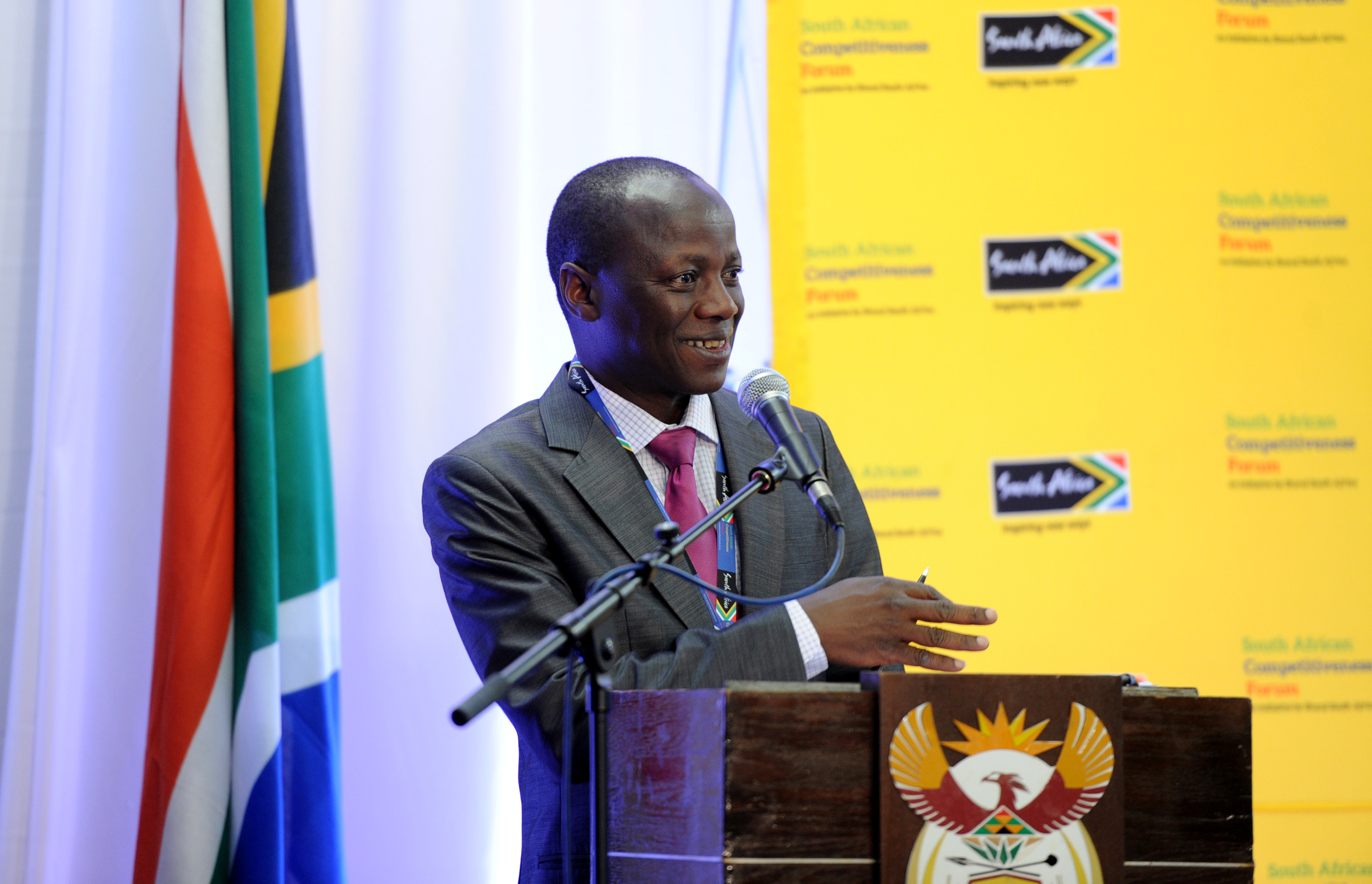 Minister in the Presidency, Collins Chabane speaks at the inaugural SA Competitiveness Forum in Midrand on Tuesday, 5 November 2013.

"Minister Chabane, as a dedicated and serving member of the Cabinet, will be accorded a special official funeral, details of which will be recorded at a later stage," he said at a media briefing.

Radebe said President Jacob Zuma was "deeply shocked" by his untimely death and viewed it as a huge loss to the government and the country.

"He will be remembered for his great sense of humour, humility and hard work."

Chabane and his bodyguards, Sergeant Lesiba Sekele and Sergeant Lawrence Lentsoane, were killed instantly when a truck did a u-turn in front of their car on the N1 near Polokwane in the early hours of Sunday morning.

The truck driver was not injured.

Police arrested the driver on Sunday and opened a case of culpable homicide. He will appear in the Polokwane Magistrate&39;s Court on Tuesday.

Radebe would not be drawn into reports that the driver was under the influence of alcohol.

"The SA Police Service is still doing its investigation. He has been arrested but I am sure when the whole scene of the crime has been completed... we will know."